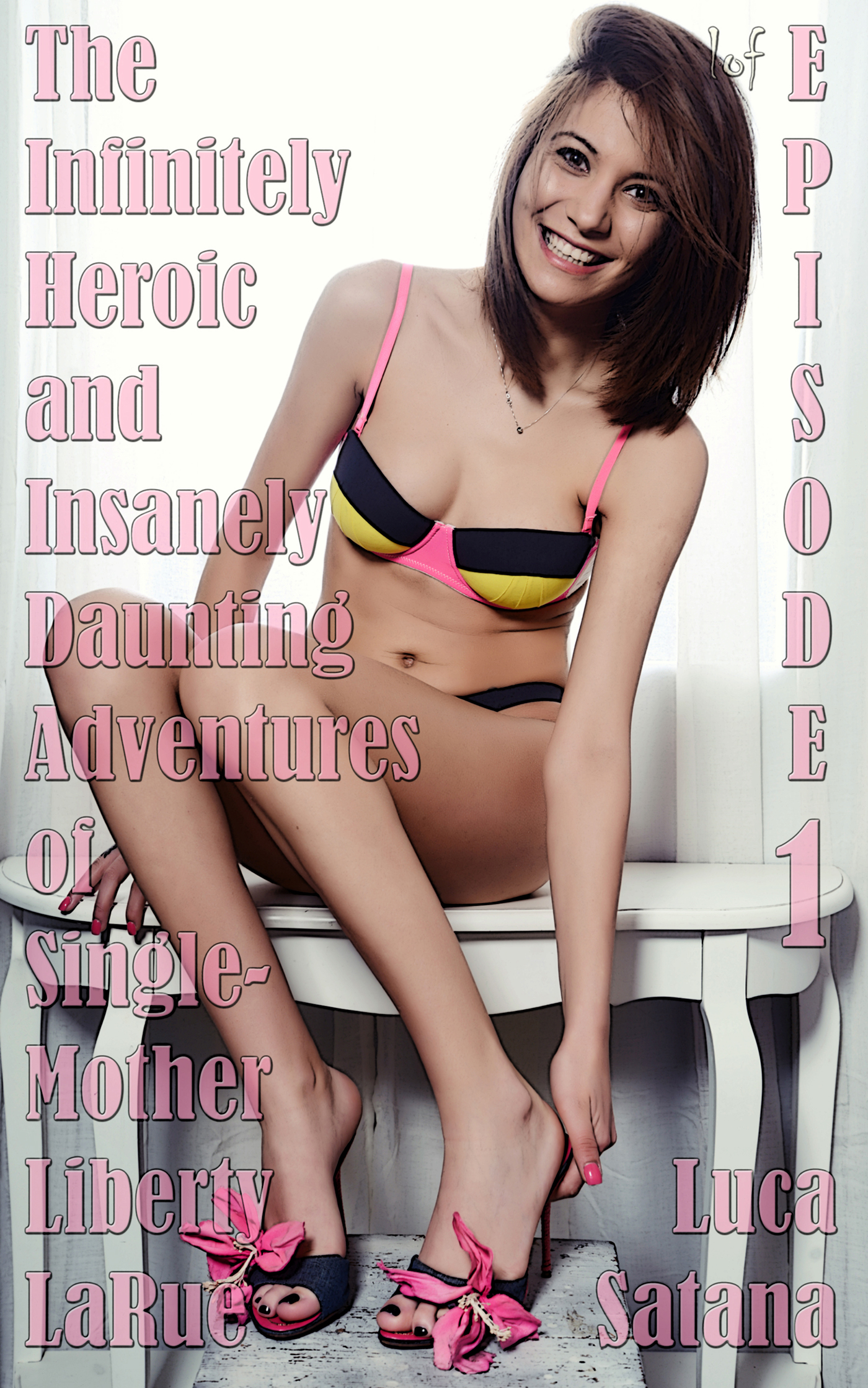 Great mothers come but once in a lifetime, but even greater mothers let you come for a lifetime, and so goes Liberty LaRue.

Liberty LaRue was probably the most loving, most giving woman, and mother, anyone could ever imagine. However, her good deeds didn’t stop there. She was also driven to do good. To do the right thing. By herself. By her sons and daughters. And by her family. And, ultimately, by the world. That kind of devotion is something of legend. Of something so rarely seen or understood, one can only hope to someday fathom her grand and charitable contribution to the world.

Slim, but plenty curvy, dark-eyed, dark-haired, Goddess-like Liberty LaRue, who was in a skimpy little tri-color bikini and her signature pink bowed pumps, was almost ready for the pool. However, nowhere near as ready as her 18-year-old twin sons, the babies of her brood, Heart and Soul.

“Mom!” big, buff, blue-eyed, blond-haired, Aryan-race-like Heart called up from the pool in the backyard. “Come on!”

“Yeah, Mom!” big, slightly less buff, but somehow more blue-eyed, and certainly more blond-haired (simply because there was more of it), but just as Aryan-race-like Soul, per usual, echoed his big brother (big by 45 seconds or so).

“What could be taking her so long?”

Also in the pool, off to the side, and at a safe distance, slim, less curvy than her mother, dark-eyed, dirty-blond-haired, beauty-pageant-princess-like 20-year-old Charity was glued to her phone, maybe playing a game or sexting her dad, as she rolled her eyes at her little brothers, in particular, Heart, who drove her absolutely crazy with how self-entitled he was, and, apparently, rightfully so, since he seemed to always end up getting whatever his insatiable little heart wanted.

“You realize you’re spoiling those boys, don’t you?” a tad-bit overweight, and a tad-bit hairy, Super-Mario-Brothers-like Eddie, Liberty’s father, said lightly, as he held the back of his daughter’s slowly bobbing head.

“Mm-hmm,” Liberty mumbled, before she unmouthed her father’s big extra-thick extra-hairy 8-inch cock. “And what could be so terrible about that?”