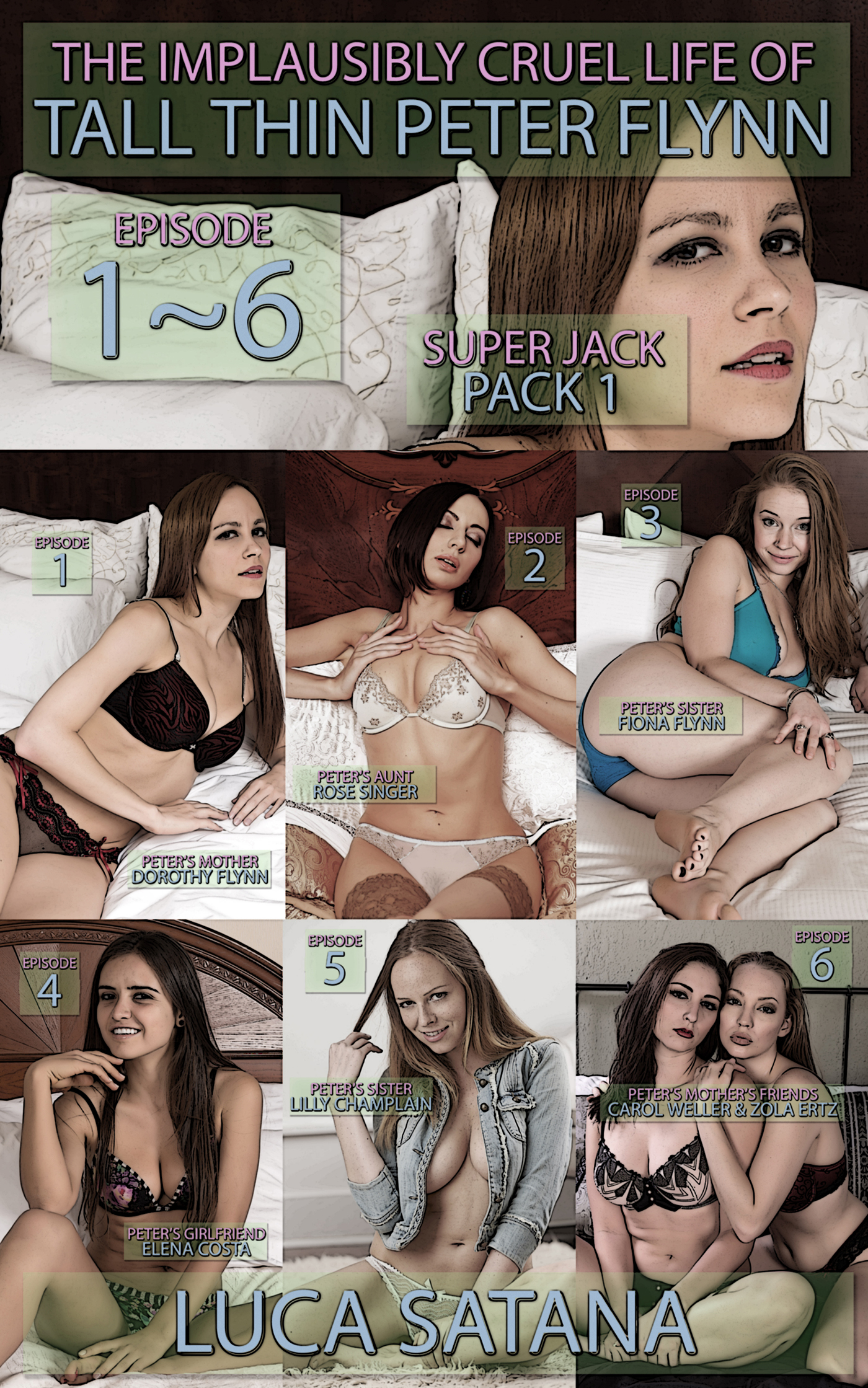 Check out the Legion Of Filth Cyber Monday 30% Off Sale @ Smashwords. Every title that usually lists for more than .99 will be marked down 20% until December 3rd!!! Here are some of the available titles…

Tall Thin Peter Flynn, who was quite popular among his family members, first for being the only boy in the rather large family, and second for possessing, ever since a child, an abnormally long and skinny cock, has finally, to everyone’s sheer delight, turned 18! And right there to celebrate the occasion are his mean and controlling mother and his wild and wide-eyed sisters. In most families, this would be a joyous, yet harmless affair. For the Flynns, well, this was going to be anything but harmless. This was going to be downright hardcore.

In Addition To Everything Else Going On In My Life Now I Have To Get My Mom Pregnant Too! Season 1 (Episode 1-7)

How I Learned To Stop Worrying And Love My Family: Season 1 (Episode 1-7)

Tommy Pendleton was a very savvy, very put-together 18-year-old young man. Not your typical 18-year-old by any stretch of the imagination. However, this didn’t mean he wasn’t susceptible to the usual slings and arrows of teenage life, as far as the angst and alienation of high school. And it certainly didn’t help when his mother married some old rich fuck from New England and moved Tommy, midway through his senior year, away from all his friends, what little he had, and put him in a completely new environment.

Tommy was not happy. And he was pissed. And he didn’t want to do anything the way he did before. He didn’t really have time, anyway. He just got to this school and didn’t know a soul. He wanted to take a completely different approach to basically everything, especially how he got pussy. And when his mother told him for the umpteenth time how sorry she was for uprooting him away from all his friends and everything he ever knew in life and how she would do anything to help ease his transition into his new school and his new life, Tommy finally decided to take his mother up on her offer. And thus, laid the groundwork for what would eventually become The Mother-Fuckers Club.

Maybe everyone else in my family has given up on my mom and her obsession with becoming a star, but I’m not gonna. Not ever. How could someone with all her infectious passion and undeniable charisma not reach stardom? I believe in her. And I believe in her dreams. Even some of her wilder dreams. Like, for instance, this latest one, when it became painfully clear that my mom wants to

Our Deeply Religious Daughter And Her Dreaded Too-Sexy-To-Leave-The-House Test: Episode 1 by Tura Brasi

My daughter Midge thinks she’s found the perfect way to determine if she’s too sexy to leave the house. I just wish I wasn’t the one she tested it on.

I’m Honor. I’m just going to say this straight out, our Midgy isn’t the easiest 18-year-old girl to deal with. I think my wife Rebekah has reached her limit. My son Nicholas, too. And I can’t exactly blame them. Apart from being deeply religious, deeply adorable, and deeply diminutive, Midgy is also deeply impulsive, and deeply passionate about the things she’s deeply passionate about. Take, for instance, her latest obsession: religion, or at least her version of religion, and, subsequently, her too-sexy-to-leave-the-house test, something, she feels, as a newly religious young woman, she must inflict on, well, who else, me, her father, to make sure she doesn’t leave the house looking too sexy, because, heaven forbid she went out into the world and started driving all those poor boys crazy (as if driving her poor father crazy is any better). 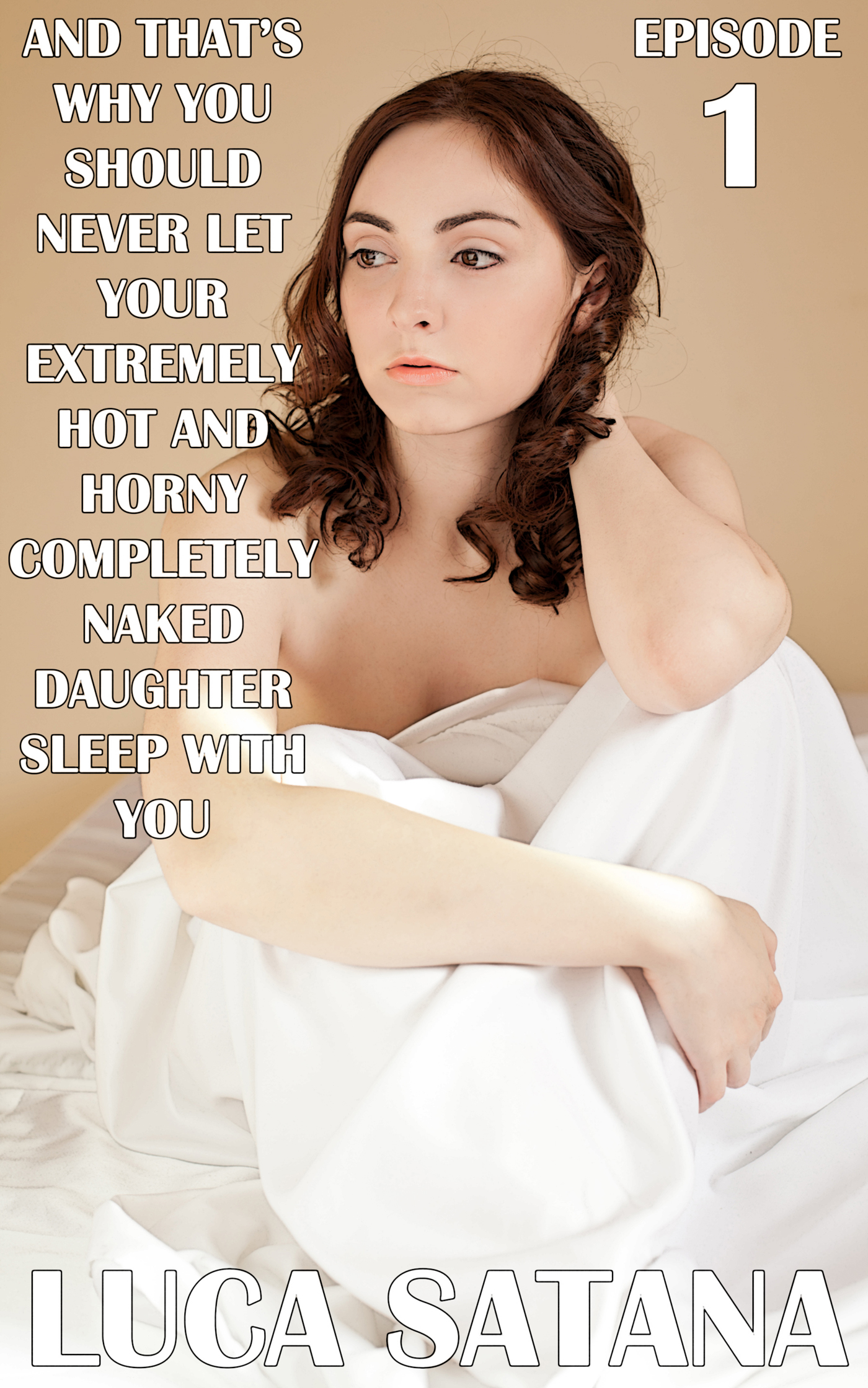 Mom Can I Please Hump You?: Episode 1

By far, one of the coolest things my Dad ever did for me was on the Christmas following my 18th birthday, when he bought me a sex-slave. At the time, I thought I was pretty fucking lucky – excuse my French. And I still do. Especially when I found out who my sex-slave was, well, none other than my absolutely gorgeous and super sexy prep room teacher, Miss Rose.

This promotions ends at the end of the month so be sure and check out these titles and others currently FREE @ Smashwords!!!