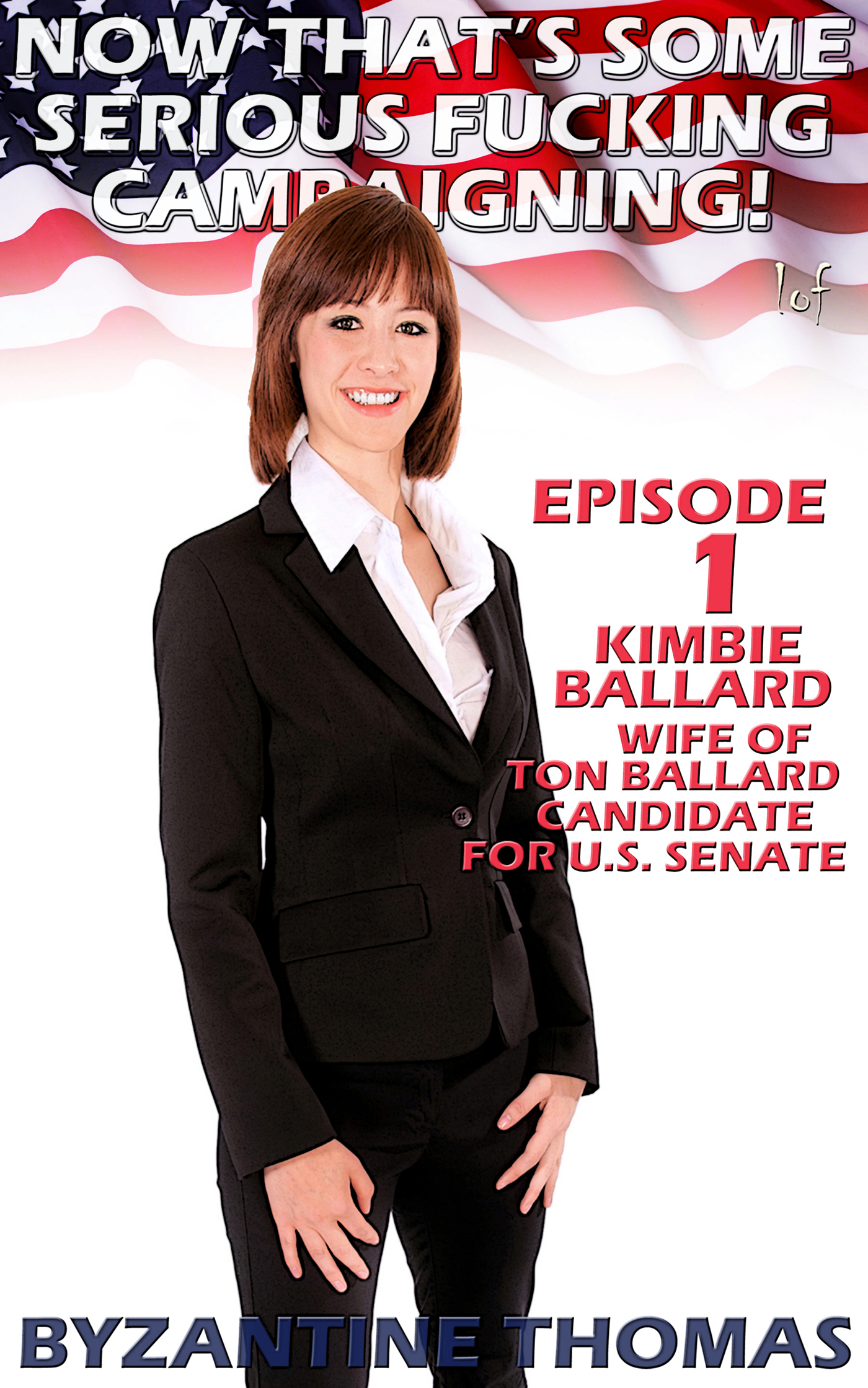 I’m not usually political, but when one candidate’s campaigners made me come like crazy, that all changed. Now, that’s some serious fucking campaigning.

Okay, so, I pretty much don’t give two shits about politics. I could care less which fat cat fuck occupies some position of power. They’re all crooks. So, why give a shit?

However, that all changed, dramatically, this last election, when one candidate in particular, or at least those campaigning under him, really turned me on to politics for the first time, making me come like crazy, especially when they did that little thing they did, to the very tip of my…what was I talking about?

Kimbie sat down on the love seat, setting her purse and tote bag full of pamphlets and shit neatly down next to her.

I sat on the couch.

“So, why don’t you tell me about where you stand, politically.”

“Sorry. I just don’t give a shit. Excuse my French.”

“Mainly because, well, mainly, politicians all seem, well, like scum. They’re not the worst kind of scum. They’re not child molesters. Or televangelists. They’re a little bit better than those. But, they’re still, technically, scum.”

Kimbie gulped. I thought she might start to cry. Or hit me.

“I’m sorry. I shouldn’t say all that. I’m sorry. That was rude. I’m just in a mood. I was writing. I was in the middle of something. And I just figured out where I want the protagonist to go in the next episode, and how I want to get him there. And I was writing full steam ahead. It’s erotica, so I’m basically a living and breathing horndog the whole time I’m in my office writing it. So, even while I’m sitting here, I’m suffering through some serious blue balls, which doesn’t exactly help the mood I’m in. So, please, forgive me. I didn’t mean to offend you.” I grimaced, I’m sure, after all that.

“That sounds like quite the dilemma.” She gulped again, sitting up slightly. “And, do forgive me, for interrupting you, and your writing.”

“That’s all right.” I smiled, halfway surprised she hadn’t bolted after hearing any number of the awful things I had said. To tell you the truth, I felt almost bad for trying to run her off.