Skip to content Skip to main menu
Home › Legion Of Filth Catalog › Luca Satana: Phase 1 (2014-2016) › My Mom And My Aunt Pretty Much Rule The Bathroom 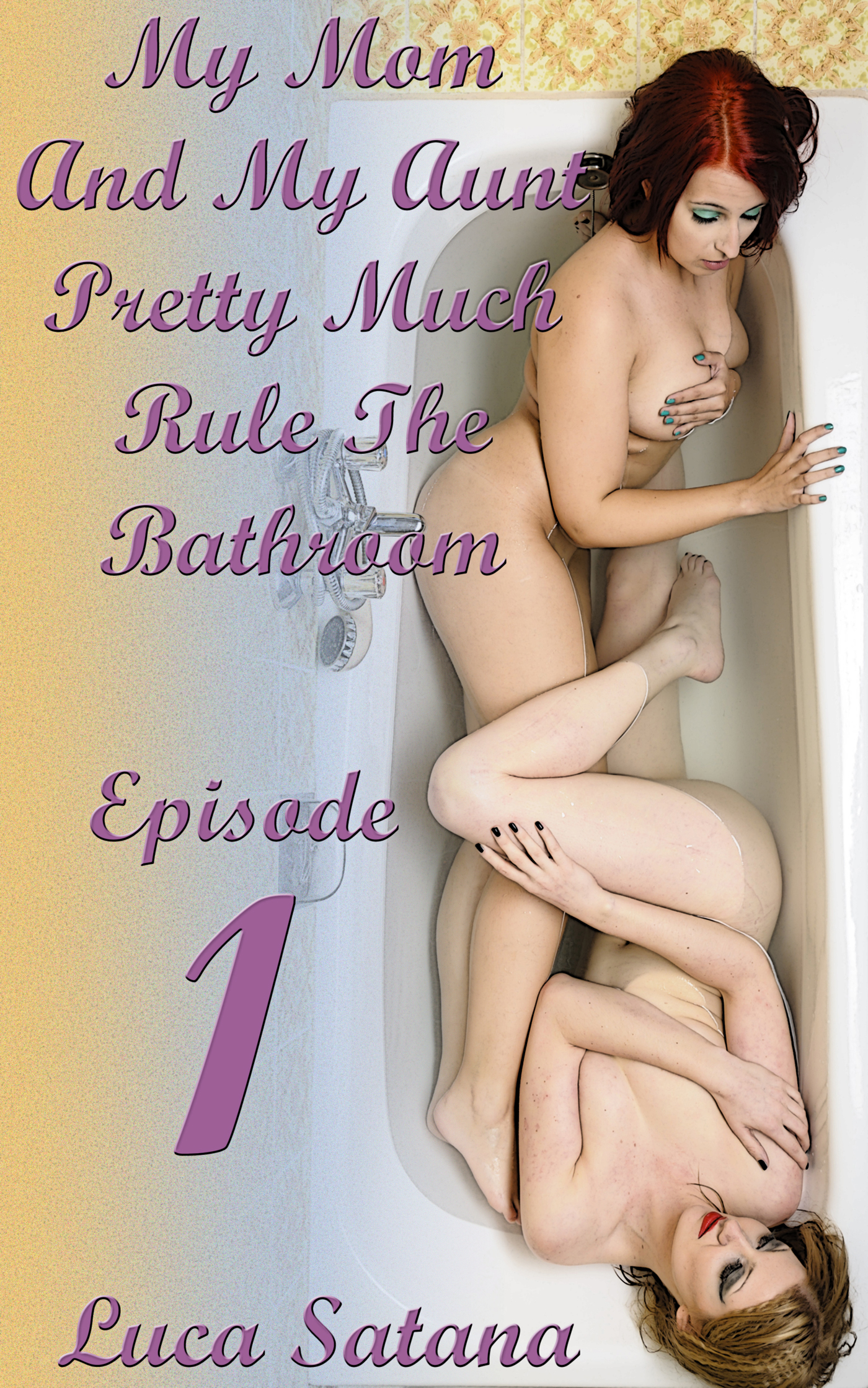 My Mom And My Aunt Pretty Much Rule The Bathroom: Episode 1

Over a dozen years ago, when Charles and Louise Harrington bought this house, their realtor tried to steer them away from a three-bedroom and one-bath, telling them it could eventually lead to traffic jams or gridlock down the road. Man, was she right.

But nobody could have dreamt this up!

Mathew was lying in bed, fast asleep, when his sister Alison suddenly hopped in.

Mathew was a handsome 20-year-old college sophomore with dark eyes and dark hair. Presently, he was in nothing but his boxers.

Alison was an even more handsome, or beautiful, 18-year-old high school senior with dark eyes and dark hair. Presently, she was in a medium-length white nightgown.

“What are you doing?” Mathew said, barely conscious.

“Mom! She finally did it!” Alison said, in tears.

“Made me do something.”

“What did she make you do?”

“I was on the toilet, half-asleep, when Mom and Aunt Beatrix, who I thought were asleep in the bathtub, rose out of the bathtub and crawled over to me.”

“Okay…then what happened?” Mathew was stunned. It was rare for his mother and aunt to venture out of the bathtub.

“My nightgown was pulled up, obviously, and like I said, I was half-asleep, and, well, next thing I know, Mom and Aunt Beatrix had parted my legs and, well, you know.”

“What? I don’t know,” Mathew said, feeling his cock and balls tingle with interest. “Well, not exactly.”

Alison smirked suspiciously. Then she sunk down closer to her big brother, giving him a very cold glare.

My Mom And My Aunt Pretty Much Rule The Bathroom: Episode 2

Mathew woke to the now familiar, and quite unmistakable aroma of his sister Alison’s pussy, as she shifted her lower half over his face, backwards, and dropped, first, her already dripping pussy lips on his lips, second, her surprisingly strong meaty thighs fixing his head in place, and, third, the skirt of her nightgown trapping him inside a world where only he and his sister’s underparts existed.

As Mathew half-heartedly licked and lapped up his sister’s flavorful juices, he wondered if this was going to be his life from now on? Every morning and every night, eating his little sister’s pussy? No, he thought to himself defiantly, maybe psyching himself up a little. He had to do something. He had to do something to break the cycle, before it became a cycle.

So, right before he found out how many licks it took to get to his sister’s candy-coated orgasm, Mathew reached up, around his sister’s waist, hooking his hands and wrists around her ass, about to rip her pussy, by any means necessary, off him and his lips once and for all. Read More