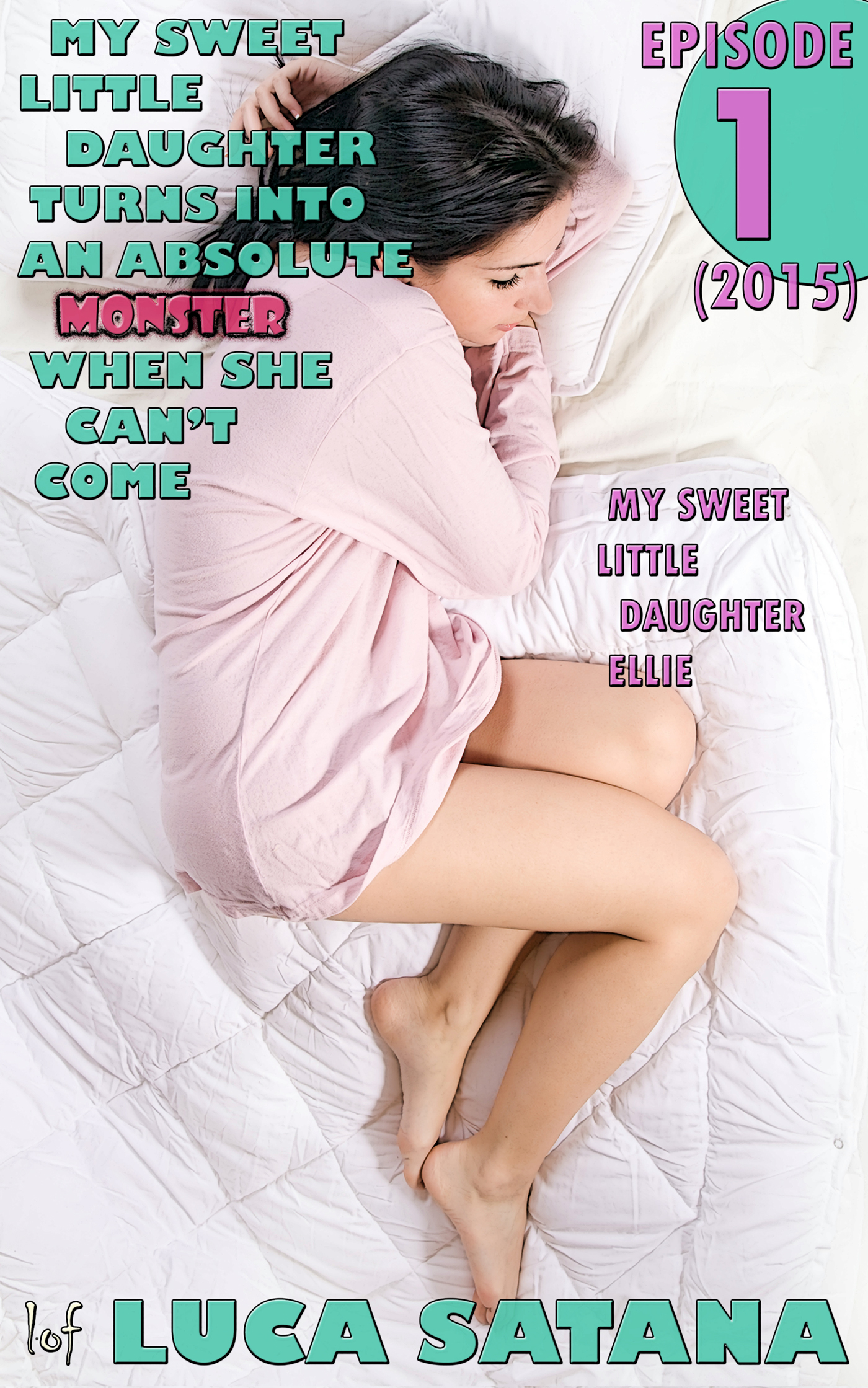 My Sweet Little Daughter Turns Into An Absolute Monster When She Can’t Come: 4-Pack 1 (Episode 1-4) *Get 25% off coupon code*

I’m a man. I’m the man. That’s what my wife kept telling me. So, I had to do something. What the fuck is she talking about? Fuck me. So, something was exactly what I did and what I will continue to do as long as I’m a man. Or the man. You know what I mean.

My Sweet Little Daughter Turns Into An Absolute Monster When She Can’t Come: 4-Pack 1 (Episode 1-4)

My Sweet Little Daughter Turns Into An Absolute Monster When She Can’t Come: Episode 1 (2015)

My wife Lillie and I were in bed. I was almost asleep. Not my wife. Apparently, she can’t sleep through half the shit I can sleep through. Then, we heard a particularly loud crashing thud coming from our daughters’ room.

A second later, our sweet not-so-little and not-so-out-there daughter Allie popped in on us. “Mom, Dad, Ellie can’t come,” Allie said, overtired and at a loss.

“We know,” Lillie said, equally overtired and at a loss. “Believe me, we know.”

“What was that noise?”

I looked up at her. I was feeling sheepish. I really didn’t want to wake back up. I was almost asleep, and thus, almost in the clear from all this interminable Ellie can’t come drama.

“Well?” my wife said, glaring down at me.

“Just try to go to sleep,” I said, trying to take my own advice.

“Can I sleep with you guys?” Allie said, climbing into bed with us.

As Allie came roaring into our bed, so did her big bouncy boobs, which were unbraed and unbound inside her nightgown just bouncing away, further proving my sweet not-so-little daughter Allie easily had the biggest pair of boobs in our rather small-boobed family, except for maybe my mom’s boobs, but we don’t talk about her, or her boobs.

“No.” My wife got up. “Certainly not. We’re taking care of this once and for all.”

I looked down at my daughter, as if to tell her telepathically, tough luck, kid.

She looked up at me, as if to tell me telepathically, you said it, mister.

“Let’s go,” my wife said aloud, fixing her nightshirt and pulling on a wedge in her little shorts.

My Sweet Little Daughter Turns Into An Absolute Monster When She Can’t Come: Episode 2 (2015)

Despite the evening’s very strange turn of events, one thing could not be denied, and that was, well, my sweet little daughter Ellie’s pussy, what little I could actually get my enormous 10-inch-cock inside, actually felt extremely good. It was a revelation, really. And After coming like crazy in my sweet not-so-little daughter Allie’s mouth, I was absolutely drained of my life essence.

That is, until halfway through the night, when I, as I was lying on my back, felt a knocking under the sheets, on my, what else, rock-hard cock in my boxers.

I stirred wondering who or what the fuck it could be.

After a few more raps on my rock-hard cock, with the last one causing my cock to pop free from my boxers, standing straight up under the sheets, followed by a solitary giggle, before the cock rapper crawled up beside me and popped out from under the sheets. “Daddy?” Ellie whispered. “Are you up? Because your cock is most definitely up.”

“Quiet,” I said, sliding my arm around her and rubbing her back. “Go to sleep.”

“I can’t. I wanna come again.” Then, after looking around a little frantic, she found her teddy bear Mr. Brownnose, and hugged him in her arms, and then cuddled up close to me. Read More

My Sweet Little Daughter Turns Into An Absolute Monster When She Can’t Come: Episode 3 (2018)

I had just walked in the door when my wife Lillie gave me a familiar, dry smirk and handed me the phone.

“Who is it?” I said, covering the receiver. “Ellie?” I added, whispering.

“Who else?” Lillie said, rolling her eyes.

“Daddy?” my sweet little daughter Ellie said, sounding very hopeful, and desperate, and likely about to lose it.

“Sweetie, I was only there a few weeks ago.”

“I know, but it’s been a rough week. Britney finally left. She said my moodiness was making me torture to live with and it definitely didn’t help I was constantly working on yet another one of my terrible hateful murderous songs. She said my music made her want to slit her wrists or commit a mass murder.” Read More

My Sweet Little Daughter Turns Into An Absolute Monster When She Can’t Come: Episode 4 (2015)

Once everyone was home from their jobs/school, we gathered as a family in the living room, Me Harry, my wife Lillie, my sweet not-so-little daughter Allie, and my sweet little daughter Ellie.

“What’s this about?” Allie said, sitting there smelling like French fries, after picking up a shift at Viggo’s Diner while she was home from college.

“We’re here to talk about what’s going on with Ellie,” Lillie said, sitting down between her daughters. “What happened last night and this morning, and what’s going to happen from now on.”

Ellie was already looking pretty suspicious at the both of us.

“Your father and I have agreed that, though, at the time, it seemed necessary, since Ellie wasn’t feeling very good and really needed to feel good, we can’t be doing that sort of thing all the time.”

“Shut up, you goody-two-shoe bitch!” Ellie shouted at Allie, rising and glaring at her sister like she might start shooting icy-blue fire-icicles through her if she dared say another word.

My Sweet Little Daughter Turns Into An Absolute Monster When She Can’t Come: Episode 5 (2015)

It was a refreshing fall afternoon. I was sitting in the stands with my wife Lillie and my sweet not-so-little daughter Allie, as we watched my sweet little daughter Ellie in her field hockey match.

She was doing well.

She was clearly the best girl out there. She had grit. She had control. Grace. And tenacity. However, apparently, she had something else as well; a big fat grudge, for me not coming to see her the night before or this morning and doing what she fully expected me to do and that was, well, fuck her.

There was little sign of this big fat grudge until mid-action, while our high school was in pursuit of the ball, and Ellie, in the mass of tartan-skirted and high-socked warrior women swinging and slapping their sticks at the ball, paused, and looked right at me, her eyes like two ice-blue lasers, shooting across the field, up into the stands, javelining me right in my scared shitless eyes and suddenly, absolutely annihilated one of the other high school’s players, smashing the poor young woman’s used-to-be-pretty little nose, creating an instant sprinkler-system of blood spraying all over her face, half of Ellie’s body, along with most of the crowd of warrior women around them. Read More