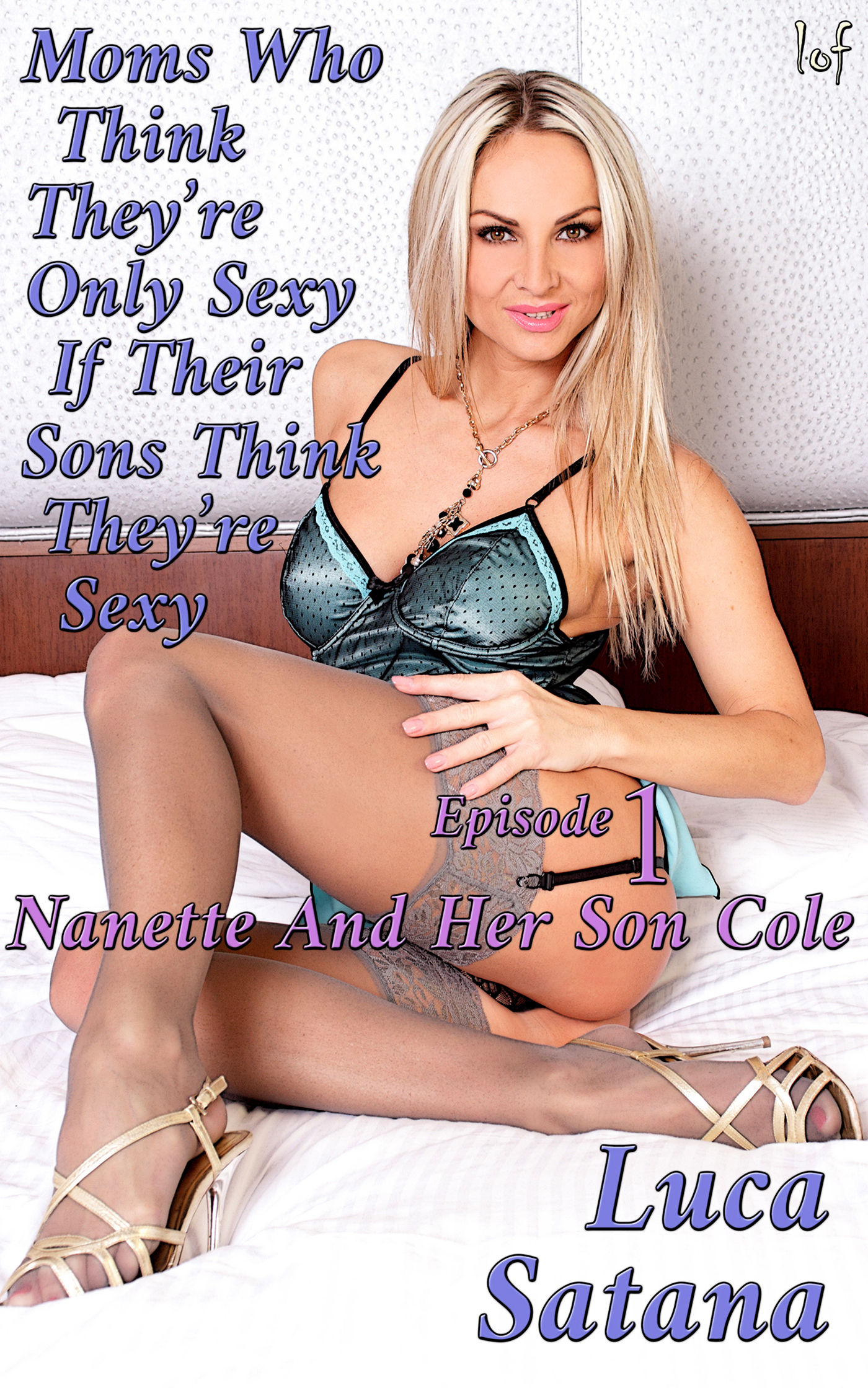 Nanette Peters has been thinking about something, a thought that, to her surprise, she wasn’t the only one thinking, and that was she thought she was only sexy if her son, or sons in her case, thought she was sexy. A husband’s thoughts on the subject were a dime a dozen. But, a son’s thoughts, now that was truly something. If a son thought a mom was sexy, now that was true validation. After Nanette’s discovery, though she had no formal training, or education, it wasn’t long before she decided to make this her life’s work. And so, that’s exactly what she did.

When Nanette’s discovery was still in its infancy, before she could do anything about it, before she could take the next step – whatever that was, she felt she needed confirmation, and who better to confirm her discovery than her youngest son Cole, who had just turned 18.

After some consideration, Nanette decided to attempt confirmation in the early evening, sometime after dinner, with her husband sitting in the living room, where he was turned to stone in front of the television, her elder sons were away at their own place or college, and her last remaining son Cole was in his room, where he was no doubt locked away with a porno mag as he lay in his bed, and she headed upstairs to her bedroom, where she was fixed in front of the mirror, looking all dolled-up, with her gorgeous face at its absolute best, imbued with skillfully applied make-up, bringing out her big brown eyes and full pink lips, along with her long and flowing beautiful blond hair, with all the maddening curves of her body on display in her absolute most sexy outfit, which was a rarely, if not ever worn, turquoise and black babydoll and lacy black panties, which were just transparent enough to show the succulent contents within. Read More

“Cole?” Nanette said, as she watched her son’s eyes and face continue to do cartwheels while she continued to pump her hands up and down his undying rock-hard cock.

“Just good?” She furrowed her brow.

“Really good?” He moaned lightly, especially when his mom started to mix in a few ball massages.

“Do you think I should?”