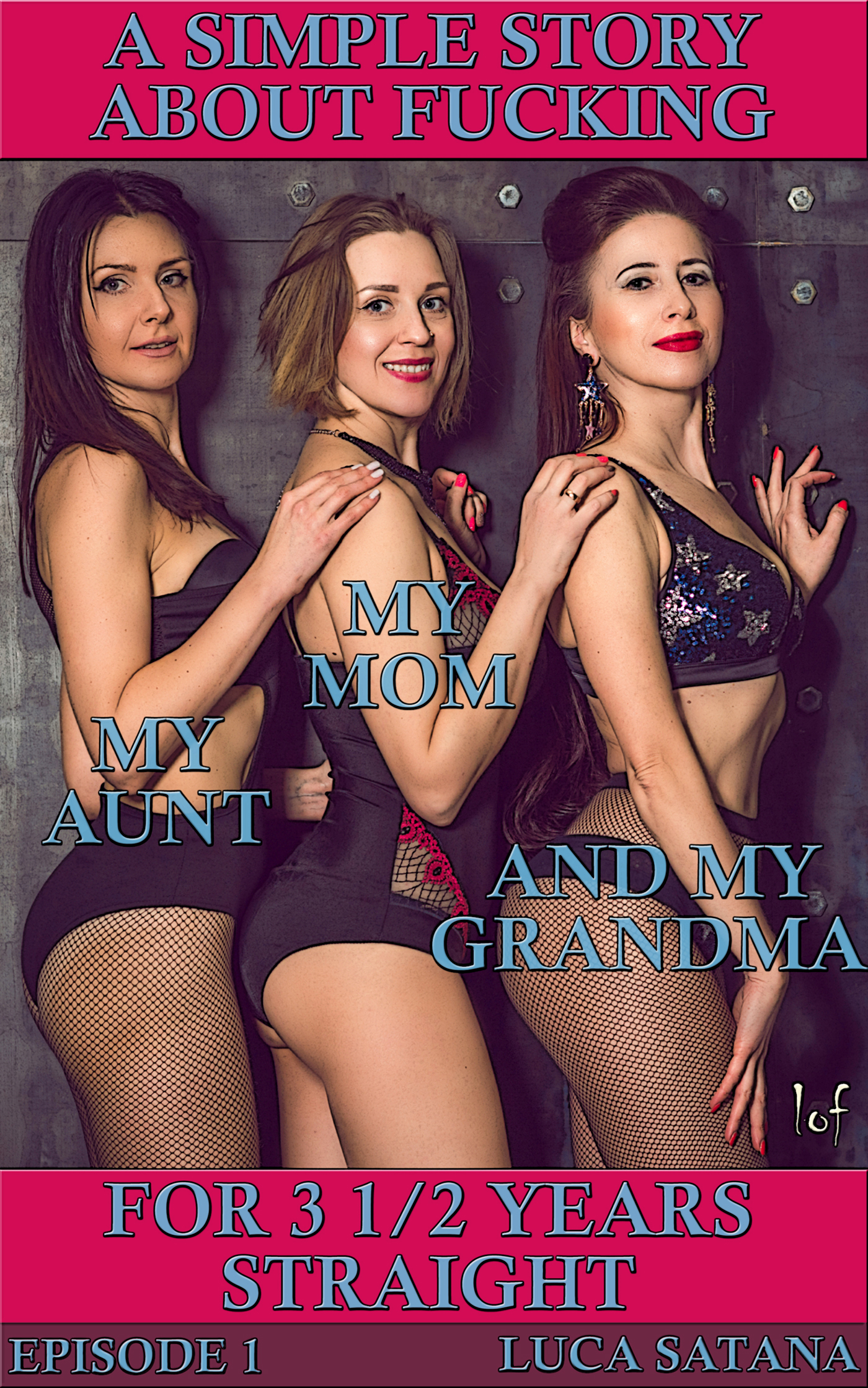 A Simple Story About Fucking My Mom, My Aunt, And My Grandma For 3 1/2 Years Straight

Okay, to be fair, I guess, growing up, I’d been a little dick to everyone for a long time. So, in a way, I guess, I had it coming. I don’t know. And, now, it was payback time, compliments of Viper, The Black Widow, and Justice; AKA my mom, my aunt, and grandma. This is just a simple story about fucking my mom, my aunt, and my grandma for 3 1/2 years straight.

A Simple Story About Fucking My Mom, My Aunt, And My Grandma For 3 1/2 Years Straight: Episode 1

It was the early 90’s, mid-summer. Seinfeld was a big deal. Guns-N-Roses. You know. I was 18. And I didn’t have a care in the world. I was done with school. I had no plan. No direction. I was prepared to do nothing. Be nothing. And I was proud of it.

My bedroom was basically my parents’ basement. I moved down here after I got tired of sharing a room with my sister. It was very weird sharing a room with my sister. And I needed my own space. So, I sort of commandeered the basement. It was cool, too. I liked it down there. I was prepared to stay there. A long time. In that way I was striving to become a cliché, a grownup living in his parents’ basement. This was something else I was proud of.

And then, I woke up. Read More

A Simple Story About Fucking My Mom, My Aunt, And My Grandma For 3 1/2 Years Straight: Episode 2

“Mom, hold still,” my aunt said to my grandma.

My grandma complied, closing her eyes.

“Oh fudge! My hair appointment!” My mom suddenly declared and slid off the bed.

My mom paused a minute, as if to take a moment to surmise whether or not it was such a hot idea to leave and put me, and my cock, in the apparently, very cock-crazed care of my aunt and my grandma. But, ultimately, there was the matter of my mom’s hair, and how it had, admittedly, lost its sheen, and so, suddenly, and quite definitively, she nodded to herself and scurried up the basement stairs, where I very much would have liked to follow. Read More

A Simple Story About Fucking My Mom, My Aunt, And My Grandma For 3 1/2 Years Straight: Episode 3

In the midst of my aunt and her constantly riding pussy, and constantly shifting legs, in an effort to steer herself to her third orgasm in my mouth, her movements gradually blocked the view of my 9-inch cock standing loud and proud, as well as the view of my grandma rising from her nap, so, I turned my eyes up to my aunt, whose eyes were closed, as she moaned and groaned almost continuously, never-minding my one free hand exploring up her body, eventually reaching up and massaging her left tit and beady rock-hard nipple something fierce, before I opted to push her strapless black bra up and over each of her absolutely gorgeous tits and beady little rock-hard nipples dancing at her every movement on my tongue. Read More