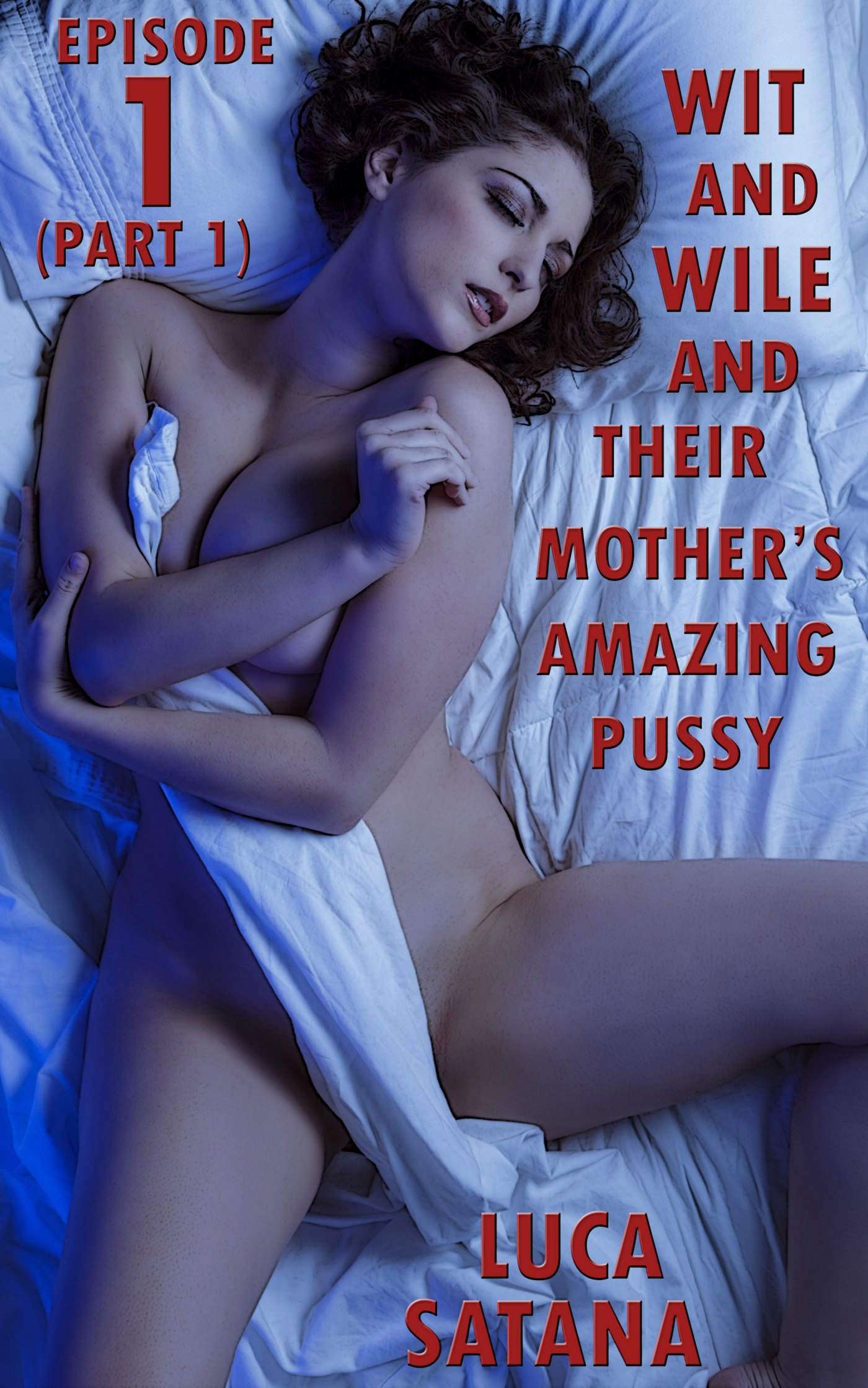 Wit And Wile And Their Mother’s Amazing Pussy

Wit and Wile Goode were beautiful 18-year-old twin brother and sister, with picturesque dark features, and young and taut bodies. To their knowledge, they were the sole product of their starkly strange 35-year-old mother Willa Goode, who appeared to be the one who gave them their picturesque dark features, as well as their own degree of strangeness. Although Wit and Wile always had an inkling of their mother’s strangeness, they never believed her to be as strange as all their little friends or all their little enemies used to tell them, sometimes in some very not nice ways.

However, on this night, this being the eve of their 18th birthday, that was all about to change. Tonight, as the clock struck midnight, they were going to come face to face with the full spectrum of their mother’s strangeness, when she, not unlike she had a thousand nights before, found herself in the throes of yet another acute and aching fiery need to be extinguished, and instead of utilizing this or that device to douse her flames, she planned to use her children, her son Wit, in particular, to finally, and properly, extinguish her acute and aching fiery need, once and for all.

Wit And Wile And Their Mother’s Amazing Pussy: Episode 1 (Part 1)

“What is it?” Wit said, peering up at his worried sister’s face floating in the darkness.

Wile was utterly beautiful, a pure and perfect pageant, with deep dark eyes and long dark hair drifting over her small shoulders and flowing down her curvaceous frame, masked only by her a mere whisper of material in the form of a long sheer white nightgown. “It’s Mom!” she said, desperate, as her voice and face quivered with fear.

Wit was another beauty, the male counterpart to Wile’s beauty, but as a male, he was much bigger and stronger, and yet, still, they were one in the same, as he lied there, in nothing but his boxers and his thin bedsheets, which did very little to hide his small, but defined muscles and his large, but defined bulge, which was already free from his boxer slit and pulsing at the sight of his beautiful sister. He paused, listening.

“Forget it. Just go to sleep,” Wit said, turning over.

Wit And Wile And Their Mother’s Amazing Pussy: Episode 1 (Part 2)

“Wit?” Willa uttered, sighing heavily as she marveled at her son’s massive cock, which seemed to make her body writhe with boundless desire and unending fire.

“As much as you enjoy your sister’s pussy, I have a hunch you will enjoy Mommy’s pussy even more.”

“I seriously doubt that.”

Willa smiled, glaring at her son.

He smiled, glaring at his mom.

“Wit, why don’t you come over here and find out for yourself,” Willa said, whimpering, as she started to butterfly her thick thighs in an effort to air out her boiling hot pussy, mixing even more of her pussy’s sweet aroma into the already sultry room.

Wit And Wile And Their Mother’s Amazing Pussy: Episode 1 (Part 3)

Then, Wit pushed inside, breaching his mother’s hot and surprisingly tight pussy hole, shoving in as deep as he could, as his mother cried out instantly, and Wit, completely overwhelmed by how absolutely other-worldly his mother’s amazing pussy felt, immediately blasted his first extremely heavy built-up shot of hot cum deep inside his mother, making him almost whine, while his mind and body swarmed with disorienting, boundless euphoria, which only made him fuck his mother all the more, pushing in harder, deeper, for his second blast. His third. By his fourth, he was simply too far gone to even fathom the amount of bliss his body was experiencing, as he gasped, fumbling to grip his mother’s thin waist for nothing more than balance, anything to stabilize him in this now spinning room. Read More