Skip to content Skip to main menu
Home › Legion Of Filth Catalog › Luca Satana: Phase 2 (2017-2018) › When My Mom Left To Go Find Herself She Found A Busty Nudist Free Spirit Living In A Log Cabin 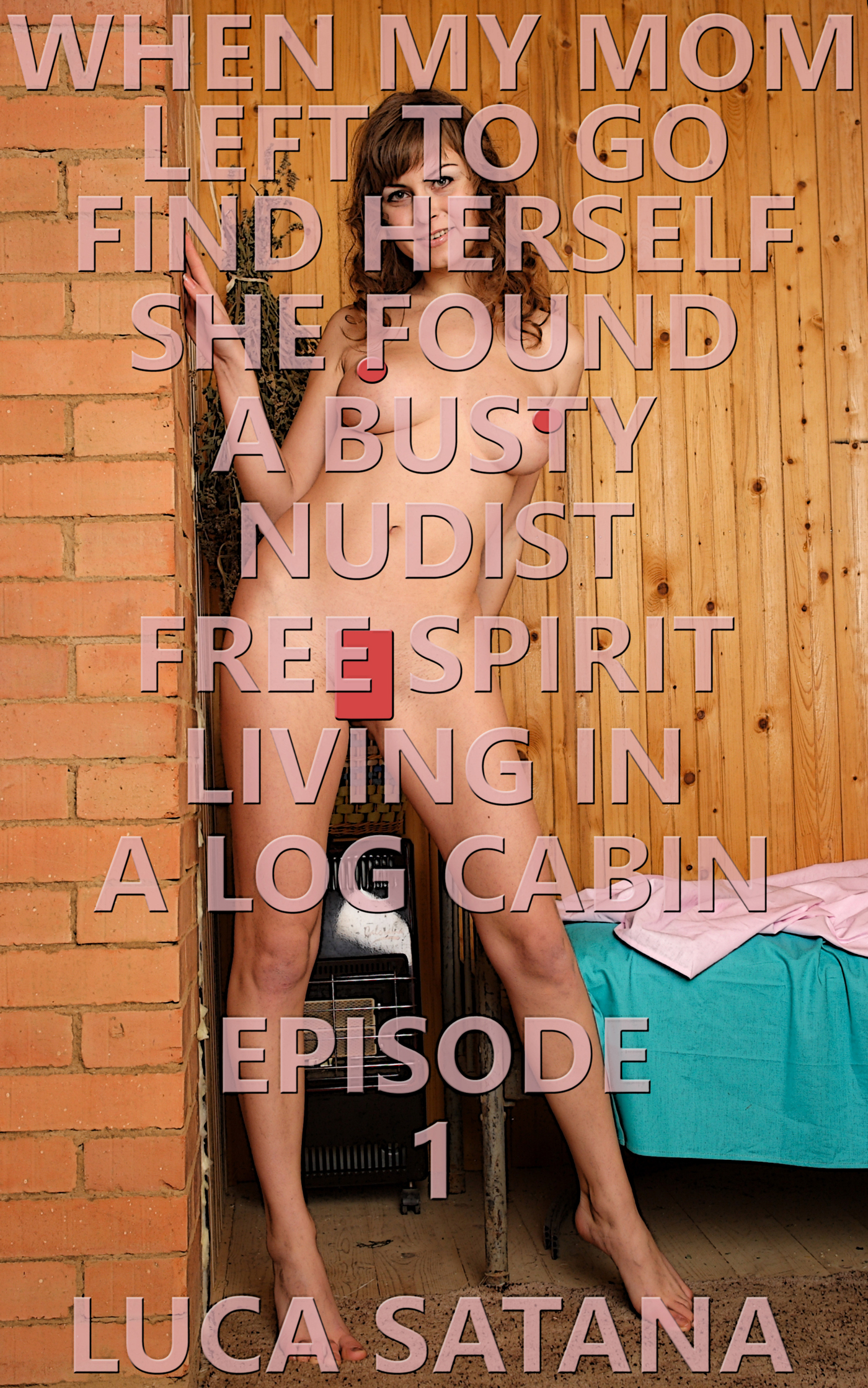 After I turned 18, and then, shortly after, graduated from high school, I was given a mission. Go find mom, wherever she might be, and by any means necessary, if the gods will allow it, convince her to come back home. It took me all of a month to find her. I tracked her down to a log cabin in the woods. There, I came face to face with the woman my mom found, when she left us to go find herself almost a year ago. Apparently, this new woman was a busty nudist free spirit, in almost no way resembling my mom. And I have to say, after the initial shock, I think I very much like this new mom. Very much!

When My Mom Left To Go Find Herself She Found A Busty Nudist Free Spirit Living In A Log Cabin: Episode 1

At the cabin, I stepped lightly onto the small porch. Then, even lighter up to the door, which to my surprise was ajar about an inch or two.

I pressed on it, bracing myself for what I might find, as pictures of my horrible hypothesis flashed in my mind, but were quickly shooed away when I saw my mom, alive and well, standing there completely naked, spin around to face me, causing her giant breasts to swing about, as she almost seemed to push her pelvis and auburn-haired partially shaved pussy my way, as if a pussy, no matter how pretty, and my mom’s pussy was quite pretty, ever protected anybody from an intruder.

Once I realized what I was looking at, and whose pussy I was looking at, I immediately tore my eyes away, lifting them up to my mom’s beautiful face, which was sun-tanned – come to think of it, her whole body was well-tanned. Her hair was wild, a mane of auburn hair. And her blue eyes were bright. Her expression was that of surprised, then pleasantly surprised, then, ultimately, extremely welcoming.

Finally, I turned away, peering back, out into the woods.

“Gannon, leaving so soon?” my mom remarked, amused with herself. “You only just got here?”

“Gannon, I don’t have any clothes.”

“Why do you assume I would?”

When My Mom Left To Go Find Herself She Found A Busty Nudist Free Spirit Living In A Log Cabin: Episode 2

I don’t know what it is, but coming like I did, as much as I did, all over my mom, in particular, all over her furry pussy, really took a lot out of me – pun intended, I guess. So, shortly after, I found my way over to my mom’s little bed, and though I was half-expecting my mom to join me, I was quite content, enjoying my post-orgasm high, as I drifted off to sleep.

A few minutes later, though the concept of time, at least in this cabin, was already becoming less and less relevant, I was summoned from my slumber by the sound of my mom lightly singing and lightly playing an acoustic guitar: two things I rarely, if not ever, heard my mom doing, not since, even if this was just supposition on my part, I was a baby, if you can believe that.

The song, though it took me a moment or two to place it, was “A Little Bit Me, A Little Bit You,” by the Monkees, except my mom decided to replace the pronouns, since she was singing directly to me, which I have to say, had to be the most pleasant way of waking up ever. If the song carried a message, beyond what my mom remarked after tasting the bit of my cum that ended up in the ridges of her pussy lips, it might be that she wanted me to stay, though we had our differences, we could work it out. And if that was the case, well, that was a very sweet sentiment. Read More

Check out the LOF Discounts Page!!!