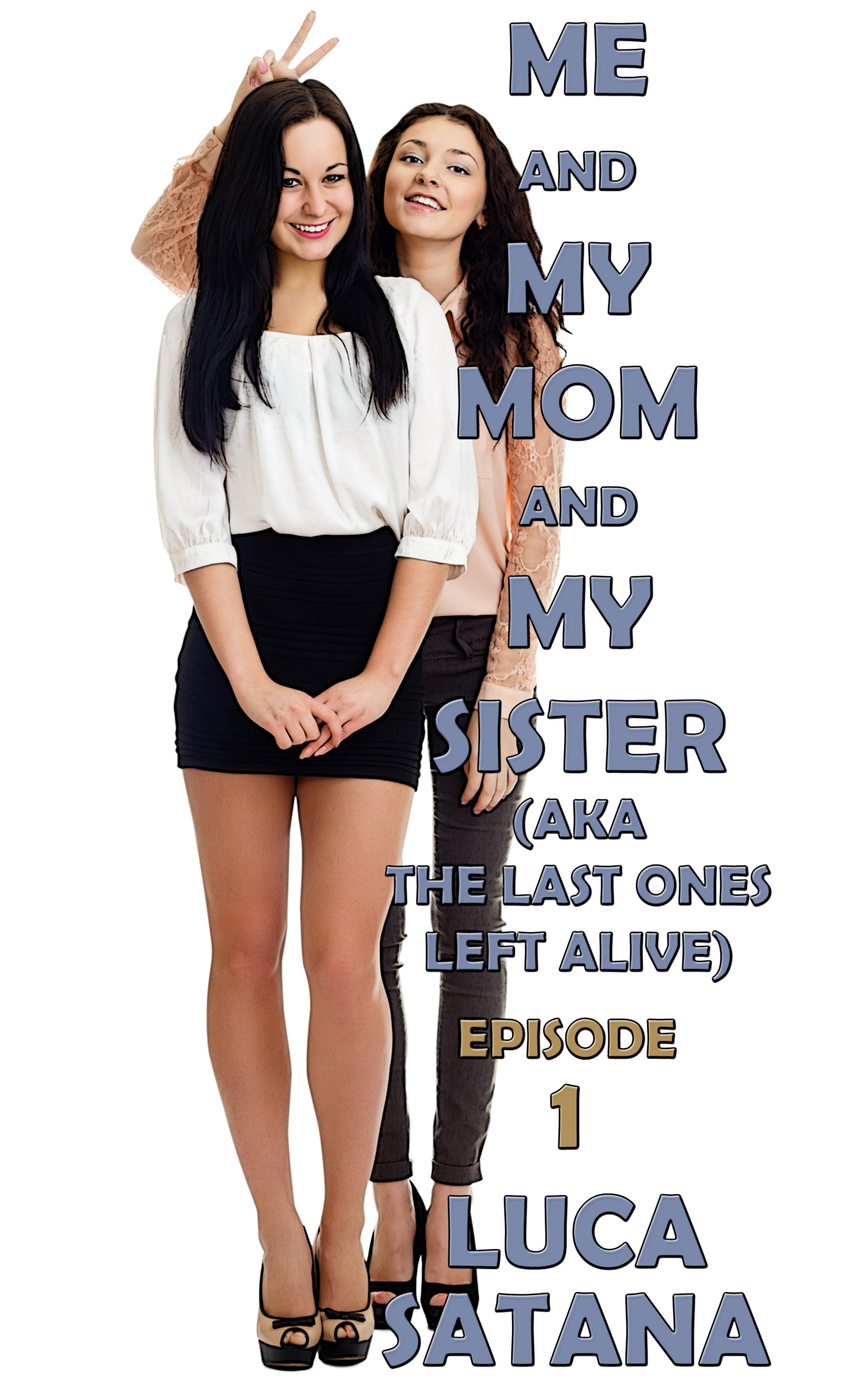 Before all this I never would have guessed how easily me and my mom and my sister could become the last ones left alive.

That was, until my real doozy of a practical joke, when they came for a visit, down into my humble abode, my underground nuclear fallout shelter, for a little impromptu 21st birthday party for me, and after we watched all the Ernest Goes To Camps and played Monopoly and Risk two times each, my mom and my sister fell asleep on my makeshift bed.

Me And My Mom And My Sister (AKA The Last Ones Left Alive): Episode 1

After my mom and my sister crumbled and cried themselves to sleep on my makeshift bed, which was no more than a full-size mattress with tons of sheets and blankets tucked in and around it and placed directly on the cement floor and shoved up against a corner – I had to improvise with sheets and blankets on cold nights, given that there was no heat in the bunker, I cuddled up close behind my mom, even sliding a hand around her waist, as her hands were around my sister’s waist. And though it was somewhat hard to do, I eventually fell asleep, despite the fact that I was absolutely overjoyed by how well my doozy of a practical joke was going.

It had been a couple hours since I dropped the bomb. And though a better man might have let them off the hook already, a better man might have been acting prematurely, since this supposedly better man didn’t know how awful my mom and sister had been to me with all their incessant teasing over the years. So, in my mind, better man or not, I thought my mom and my sister were long overdue for some of their own medicine. And I was happy to be the one dishing it out to them.

After fading in and out of sleep a bit, I noticed, with every passing hour, my mom and my sister had stripped off more of their clothing, just to be less restrained and easier to sleep, with my mom loosening her blouse, removing her bra, and removing her miniskirt, leaving her in her somewhat long white blouse and her white panties peaking out, all while my sister, following my mom’s lead, removed her bra, though her little breasts hardly needed to be restrained in the first place, then her jeans, leaving her in her loosened long-sleeved pink blouse and her light blue panties peaking out, like mother like daughter. As for me, I was already out of my jeans, per usual, only wearing a black concert t-shirt, I think Dangerous Toys, and boxers. Read More

Me And My Mom And My Sister (AKA The Last Ones Left Alive): Episode 2

Considering it was the end of the world, my mom and my sister were in surprisingly high spirits. The way they saw it; miraculously, we still had electricity and running hot and cold water; our health, as long as our faces didn’t start melting off; and, most importantly, we had each other. In fact, I would go as far as to say they considered us to be extremely lucky. And, I guess, I would have to agree. I mean, think about it, when the nuclear war went down, we just so happened to be, of all places, in a nuclear fallout shelter. That is, if we had actually been in a nuclear war, and not in the midst of the world’s biggest doozy of a practical joke, compliments of yours truly.

These were my exact thoughts, making the already maniacal grimace on my face even more maniacal, as my mom and my sister continued to wax poetic about how lucky we were, whenever it wasn’t their turn to wax poetic on my absolutely ready-to-pop 8-inch rock-hard cock, sucking me, seemingly, almost intentionally, within an inch of utter ruination, before suddenly switching, and starting me all over again. Read More