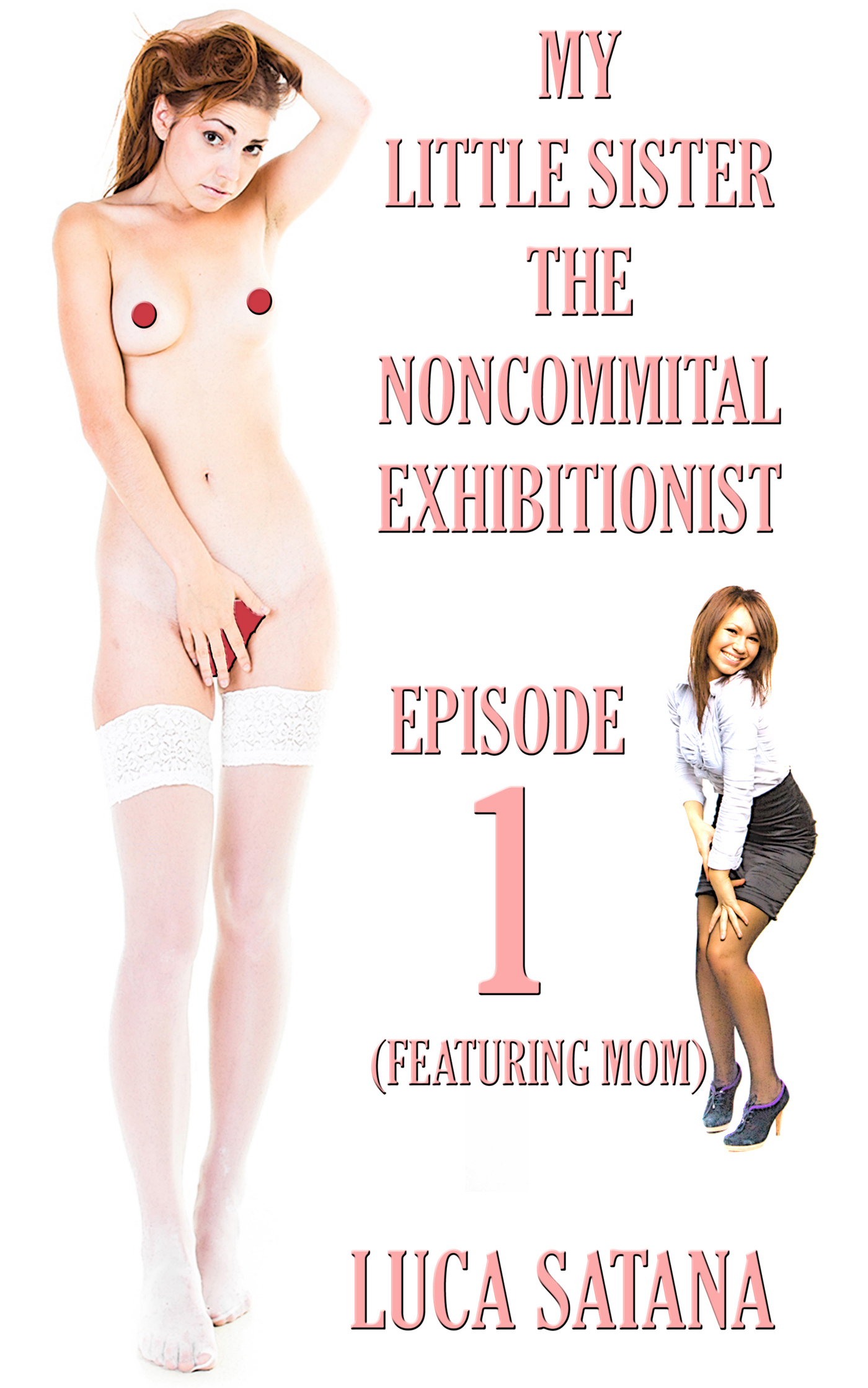 My Little Sister The Noncommittal Exhibitionist

I’m sure my little sister Flora didn’t expect to get away with it forever. You can’t go around stripping and prancing and flashing everyone in the house and not expect there to be repercussions. When she was a little girl, this sort of thing was kind of cute, but now that she was 18, the natives, meaning my dad Fellow and my brother Farmer, were getting more than a little restless, especially when Flora would start flashing her stuff, but then lose her nerve and stop flashing her stuff, with her constant cyclical teasing, sometimes even downright cruel noncommittal exhibitionism. Meanwhile, my dad and my brother were going absolutely bananas, wanting to see more, needing to see more, and more than that, wanting, needing Flora to follow through with even more, something like a quick blow or a quick poke.

That’s what happens when you have a mom like ours.

In contrast to Flora, my mom Felicia always liked to spoil us; my dad, my brother, and in particular, me Forest (not to be confused with that dimwit Forrest Gump, thank you very much – yeah, that went over really well in school), always giving us a not so quick blow or a not so quick poke, whenever we or she pleased, but never with more than one of us at once, which she believed was wrong.

So, all things considered, Flora, with all her noncommittal exhibitionism, probably should have seen this one coming. A new family rule: Whenever Flora flashes one of us, we must, and I mean must, no discussion necessary, fuck her; mouth, pussy, or asshole. Right then and there.

So, there we were, my dad Fellow, my mom Felicia, my big brother Farmer, me Forest, and my little sister Flora. Yes, I’m sure you caught on. We were all F’s. All sick F’s.

Presently, we were sitting in the living room, in the middle of one of my dad’s impromptu family meetings. However, this meeting, judging from my father’s weird, some might construe as overly serious, tone, was a different sort of meeting.

As my dad often did, he started the meeting with the obligatory update on family members. Some we knew very well, some we knew very little or not at all. Some living close enough to choke, some living far enough to have to bend space and time to reach.

While my dad droned on and on about this person’s wedding or that person’s hip replacement, per usual, in an effort to keep me awake, given my tendency to fall asleep at these often painfully boring meetings, my mom was slowly bobbing her big juicy lips up and down my ridiculously long and ridiculously thick overripe cock, bringing me closer and closer to orgasm with each revolution. Read More

The next few hours or so were filled with a dinner no one really wanted to eat, not that my mom’s roast wasn’t good – my mom was a very good cook – it’s just that everyone was just a tad too distracted, basically, because everyone at the table wanted to fuck somebody else at the table.

My mom Felicia, who was looking absolutely gorgeous and absolutely hot, and who was now stripped down to her black bra, black panties, and black stockings, was eyeing me pretty hard. While my dad Fellow and my brother Farmer were both eyeing my little sister Flora, who was squirming almost nonstop from all the clothes she was wearing that she didn’t want to wear, which was one of my button-up flannel shirts, which she preferred to wear unbuttoned, and one of her rarely-worn pair of white panties, to go along with her long white stockings. Whenever she wasn’t squirming, or picking at her food, Flora was almost constantly grabbing and squeezing my leg and sometimes my semi-hard cock, driving me absolutely crazy, even though, I’m pretty sure, she didn’t want to fuck me, but rather, because she wanted to leave.

“Flora, we only just got here,” I whispered her way.

Her only response was the slightest little pouty whimper, followed by a grimace with a large portion of dread and fear, as she tried her best to fend off our dad and brother’s eyes. Or just ignore them, if such a thing was possible. Read More