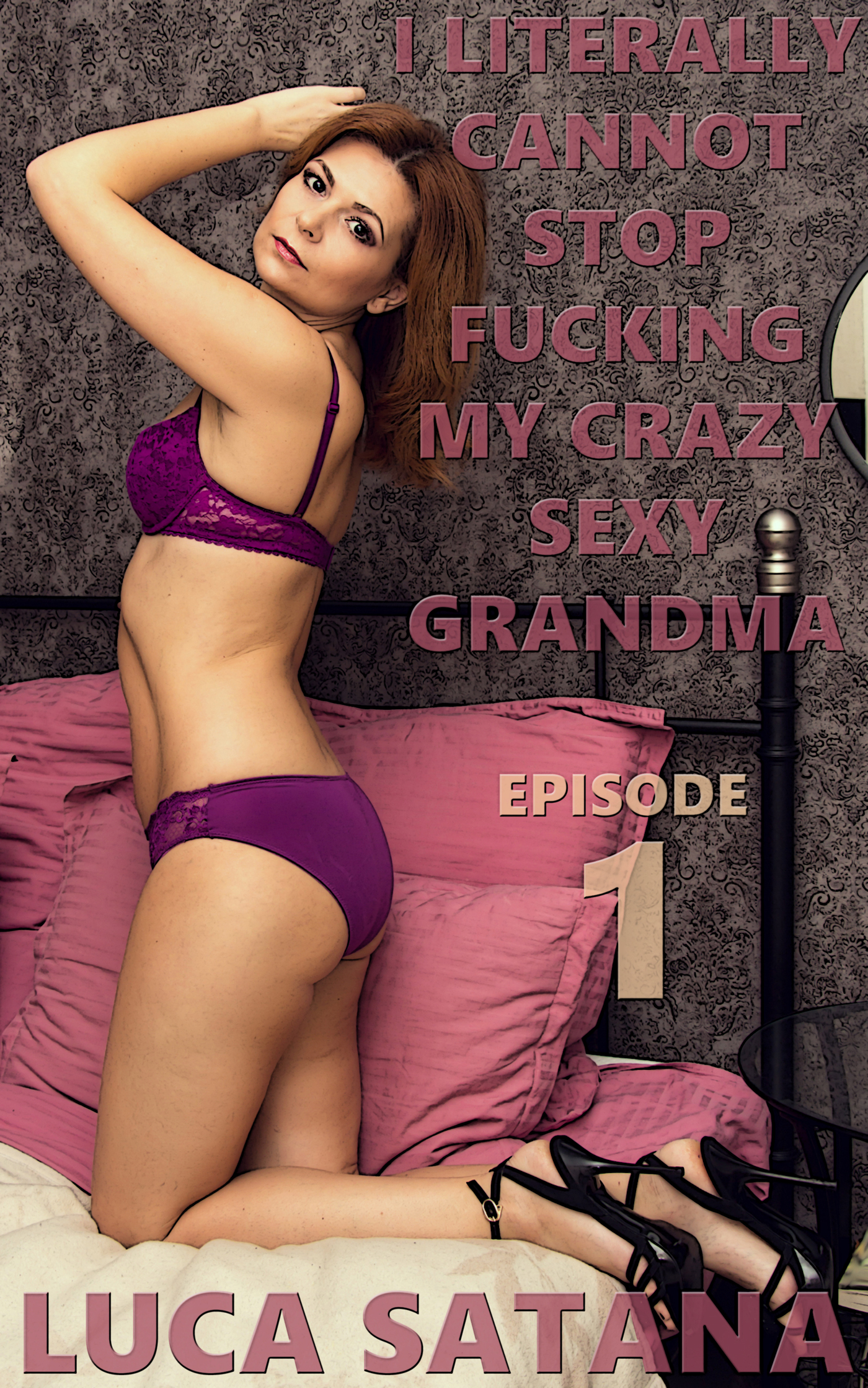 Jordan Masse is a handsome freshly turned 18-year-old young man with dark eyes and dark hair, medium height and rather thin build. In almost every way, Jordan is a very normal young man. However, as of late, he’s developed a bit of a problem. He is absolutely and utterly obsessed with and eternally turned on by his crazy sexy grandma. Harriet Delhomme is a very beautiful 59-year-old woman with dark eyes and auburn hair, short and somewhat shapely. Given Jordan’s growing problem, the last few times his grandma has come to visit, he’s either hid away in his room pretending to be sick or gone out pretending to be too busy to see her. However, he can’t go on doing this. After all, he really loves his grandma and can’t stand the idea of her thinking otherwise.

So, tonight, Jordan has decided to face his fears. He’s decided to go to his grandma’s room and come clean, about everything. Why he’s been avoiding her for the last several months. And who knows, once he finally tells her, maybe they’ll both have a good laugh about it. Perhaps she’ll even have a solution. Perhaps something he hasn’t even thought about. Or, perhaps her solution will be to do exactly what he’s been thinking about doing to her, nonstop, for the last several months. Perhaps then he can finally get it all out of his system. Or, perhaps, it could make his problem much much worse.

Jordan was standing outside his grandma’s room. Waiting. Hesitating. His big cock already rock-hard in his jeans, just thinking about her, especially after not seeing her in several months. Finally, he tapped on her door.

“Yes?” Harriet pulled the door open just a tad and immediately smiled ear to ear, letting the door open wider, showing her full beauty, her beautiful face made-up perfectly and her straight auburn hair looking fresh and vibrant, while she stood in a medium-length black evening gown and black high-heels. “Jordan! There you are.”

“Hi, Grandma,” Jordan said, bending his lower-half around the corner of the door frame, hoping she didn’t see the giant bulge in his jeans getting even bigger.

“I was hoping I’d get to see you this visit.”

“Come in. We have so much catching up to do.”

“Of course you should.” She smiled, tilting her head cutely, as she rushed out into the hall and looped around him to push him into her room. Read More

After a mere half-dozen revolutions, Harriet let out another heavy sighing breath, as her insides raced with pleasure, continuing to grab and knead her fluffy breasts, eventually letting them dance free, her breasts and her beaming pink nipples, giving each of her nipples a continuous pinch and twist, while she finished coming.

As amazing as his grandma’s pussy felt, Jordan didn’t feel anywhere near finished fucking her, as he pressed on, fucking her in long and hard thrusts, leaning back or over her, and watching as the thicker droplets from his first coming shook into pearly gobs of goo on her belly. Read More

While floating in and out of consciousness, as he lay firmly fixed atop his heavily sleeping grandma, Jordan was suddenly summoned by a knock on the door. He eyeballed his grandma who eyeballed him right back. In his excitement, Jordan’s body, in particular, his cock, strained, as his long and thick 10 inches stretched deep inside his grandma’s overtired, but primed pussy.

“Mom?” Phoebe, Jordan’s mother, said on the other side of the door.

Harriet winced, winded by the gnawing pleasure of her grandson’s big cock reaching up inside her. Harriet cleared her throat. “Yes, dear?”

Phoebe tried the doorknob. “Mom? Why is your door locked?”

“Is it?” she said, sighing, as Jordan’s cock started pumping her pussy in long mesmerizing strides. “I wouldn’t know why.”

“Mom, are you all right in there?”

“Yes…” Harriet, not sure how to respond, furrowing her brow up at Jordan, who only smiled back at her, as he swooped down to gobble up her beaming pink nipples, sucking and chewing on them like bubble gum, which only made her sigh all the more. “Never better…”

“Well, would you still like to go to Faneuil Hall today?” Phoebe said, hopeful.

Jordan looked up from his grandma’s tits, and with his lips still locked on one of her nipples, and shook his head profusely.

“Of course, Sweetheart. I’m looking forward to it.” Harriet clenched at her grandson’s pinching and pulling lips. Read More