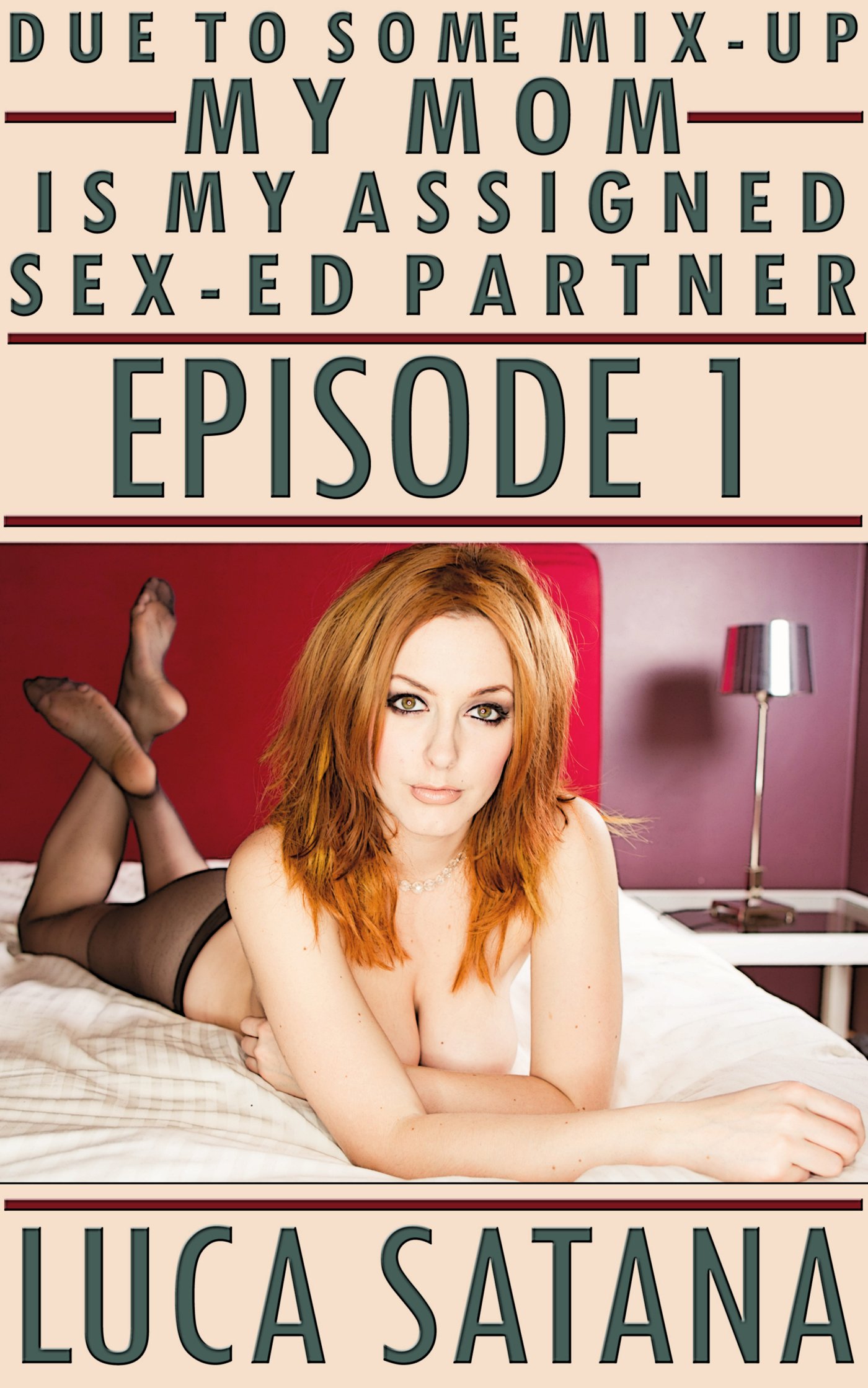 When our sex-ed teacher Miss Mayberry, who was one of those younger idealistic-to-a-fault teachers, said there was extra money in the budget this year so she was taking us on a field trip and bringing chaperones who would essentially be divvyed up and assigned to us as sex-ed partners for the night, I thought this was going to be a good thing. And, on an unrelated note, which turned out to be very related, when my mom, who makes very little money working as a teacher’s aide at my high school, said she was working some extra hours this week and thus making a little extra money, I also thought that was a good thing, because ever since I turned 18, a month or two prior, my mom has been promising to get me a car. The thought never occurred to me that my mom’s extra hours were going to come from being one of Miss Mayberry’s chaperones, or, more specifically, one of Miss Mayberry assigned sex-ed partners. Not until, well, the very second my mom showed up at my hotel door. And so, due to some mix-up my mom is my assigned sex-ed partner.

Due To Some Mix-Up My Mom Is My New Sex-Ed Partner: Episode 1

I was standing there in my boxers.

My mom was standing there in a long sheer black robe and a long sheer black nightgown, which was a bit too low-cut for my liking, as her ample, and I mean ample cleavage was there for all the world to see, or in this case, for me to see.

“Mom? What are you doing here?” I said, still not putting two and two together.

“Jay? I can’t believe this!” my mom said, instantly frustrated.

“Why would I do that? I’m gonna go talk to Miss Mayberry and see if I can work this out. There’s obviously been some kind of mix-up.”

“No! Come in!” I said, pulling her in. It’s not like I was pulling her in for the reason she might have thought I was pulling her in. There was just something about my mom, looking the way she was looking, with enough cleavage to hide Andre The Giant and still have room left for Big John Studd, especially in this hotel, which was currently teeming with tons of my annoying classmates, I just didn’t want her standing out in the hall a minute longer than she had to. Read More

Due To Some Mix-Up My Mom Is My Assigned Sex-Ed Partner: Episode 2

So, there I was, lying underneath my mom and seemingly twenty pounds of boob meat, with about a pound of that being nipple meat, as my mom’s big breasts, which had finally popped out of her nightgown and spilled all over me, this while my behemoth cock was receding, and reseeding, all over the insides of my mom’s supercalifragilisticexpialidocious-feeling absolutely cum-filled pussy.

“Mom…” I uttered, apparently unable to lie there quiet and still and simply bask in the afterglow, as I worked hard to ignore my mom’s beautiful bright pink nipples and the siren songs they were singing, as I or they seemed to drift closer and closer to my lips.

“Jay…” my mom uttered back, apparently more than willing to lie there quiet and still and bask in the afterglow.

“Well…” I raised my eyebrows, more so referring to the fact that we, as mother and son, had just engaged in something very uncool – and probably against god and everything god stood for, assuming god has legs and stands for things, who knows – so, naturally, we probably should talk about it a little, this most monumental event, especially considering how good it felt, at least from where I was lying, and where I was still lying, as my once Macy’s Day Parade float of a cock continued to deflate in my mom’s absolutely wonderland of pleasure she calls, or at least I call, a pussy, and not so much referring to what I was now starting to think was a rather ridiculous assignment, which was to have sex with an assigned sex-ed partner, which, in and of itself wasn’t all that ridiculous, but in my case definitely was ridiculous, since, due to some mix-up, or maybe not a mix-up but just the result of my teacher, Miss Mayberry, having it out for me or my mom or both of us, my mom was my assigned sex-ed partner.

“Well, sweetie,” my mom said, as she raised her face up and smiled down at me. “I thought we might rest a bit, but if you can’t wait, why don’t you reach over and grab the assignment sheet out of your bookbag.”

I smirked. Obviously, my mom wasn’t feeling any of the trepidations I was feeling. Read More