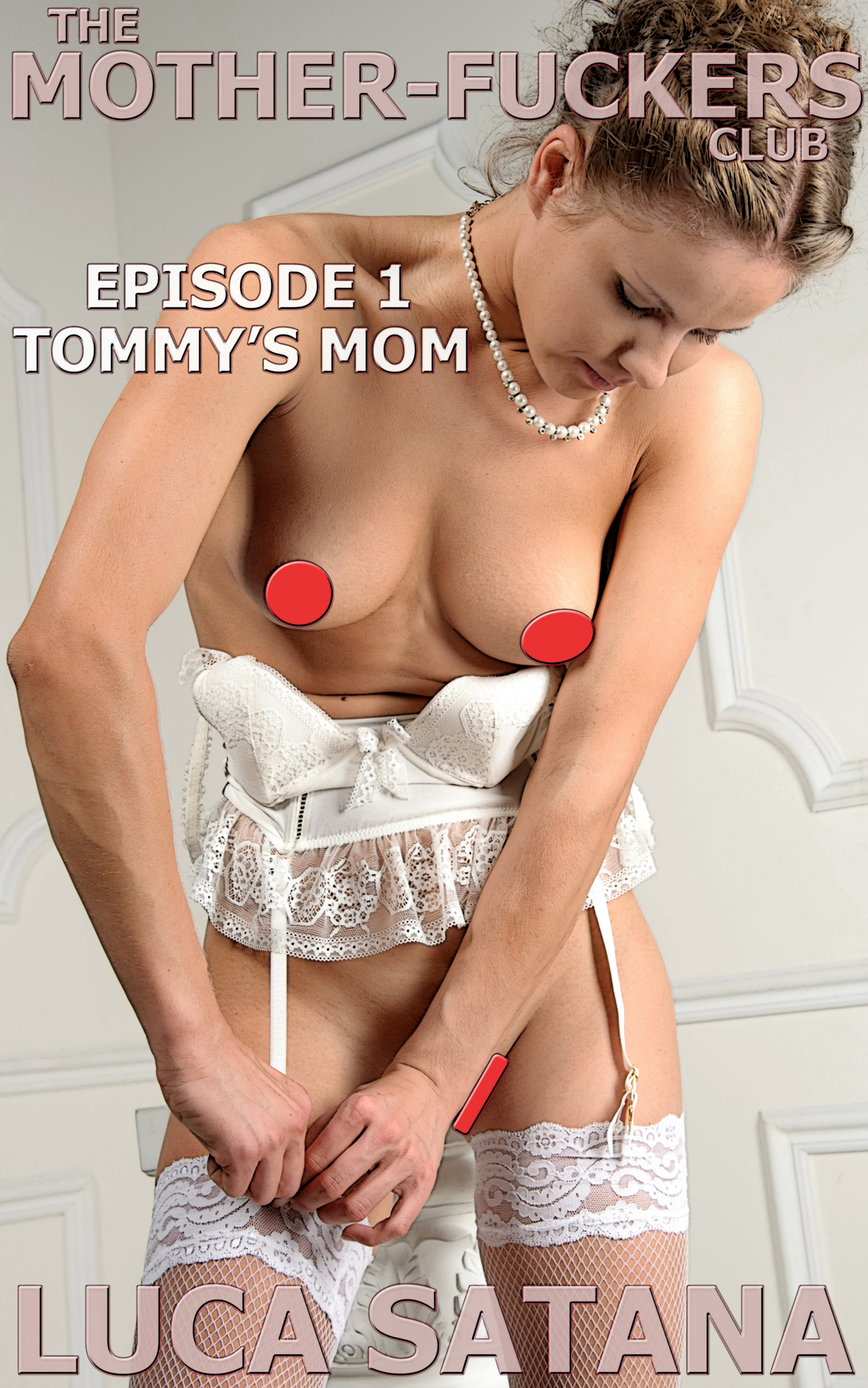 The Mother-Fuckers Club by Luca Satana

Tommy Pendleton was a very savvy, very put-together 18-year-old young man. Not your typical 18-year-old by any stretch of the imagination. However, this didn’t mean he wasn’t susceptible to the usual slings and arrows of teenage life, as far as the angst and alienation of high school. And it certainly didn’t help when his mother married some old rich fuck from New England and moved Tommy, midway through his senior year, away from all his friends, what little he had, and put him in a completely new environment. Tommy was not happy. And he was pissed. And he didn’t want to do anything the way he did before. He didn’t really have time, anyway. Tommy just got to this school and didn’t know a soul. He wanted to take a completely different approach to basically everything, especially how he got pussy. And when his mother told him for the umpteenth time how sorry she was for uprooting him away from all his friends and everything he ever knew in life and how she would do anything to help ease his transition into his new school and his new life, Tommy finally decided to take his mother up on her offer. And thus, laid the groundwork for what would eventually become The Mother-Fuckers Club.

Tommy’s mother was a very beautiful 36-year-old blond with captivating blue eyes. She was very youthful. Very athletic. And very naked at the moment, as she was running a little behind schedule. Presently, she was still getting her undergarments in order, which were a white bustier, garters, and stockings. She was going sans panties. Or at least, hadn’t got that far yet.

Regardless, it was quite a sight for Tommy, who, in addition to being bored out of his mind, was also extremely backed-up, cum-wise, especially since the handful of girls on the planet who liked to help him get unbacked-up were now living about a thousand miles away, and as of yet, ever since moving to this profoundly odd state, he hadn’t found even the slightest possible candidate who might be willing to fill this position in his life. At least not yet, anyway.

Not unlike his mother, Tommy was also a very handsome blond with equally captivating blue eyes. He was very youthful, obviously. And very athletic. But, unlike his mother, he wasn’t even close to naked. Tommy was wearing a long-sleeved t-shirt, jeans, and socks. Read More

“Duran Duran?” Lydia said, full of derision, as she stood on her tippy-toes, peering over the rack of CDs, down from on high, at the CD in Tommy’s hand, which was Duran Duran’s Decade Greatest Hits CD.

Tommy was more than a little thrown, pulling him right of his head, which was still swimming with thoughts of his cock swimming in his mom’s mouth. This girl’s intrusion forced him to come out of his shell. Or skull. To the world around him. And once there, he was pretty sure he didn’t know who the fuck this girl was. And he definitely didn’t know what she had against Duran Duran.

Lydia smiled. But then, once she realized this comment alone wasn’t going to be enough to rip Tommy out of his shell, as he apparently was choosing to simply ignore her or pretend like it didn’t happen, she frowned. How dare he didn’t jump at the chance to interact with her. Sure, she wasn’t exactly beautiful, in the classical sense.

However, in the post-modern sense, Lydia was drop-dead gorgeous. She was what the kids call Goth, but she wasn’t exactly sold-out to the look, perhaps just Goth-lite, happy to substitute purple and lavender for what a devout Goth-chick would lean heavily and solely on, which was, of course, all black. Lydia was 18-years-old, with blue eyes, short dark hair, and milky white skin. She was small, brittle-looking. She was in a puffy little purple jacket, a white Smiths t-shirt, which she was wearing over a long-sleeved black shirt, along with a short denim miniskirt, and long lavender stockings, trailing down to her little black boots. Quite a peculiar, if not eccentric look to say the least.

“Here, why don’t you try this instead,” Lydia said, as she stretched to hold out a CD. “It only just came out and I’ve been listening to it nearly nonstop.”

“What is it?” Tommy said, suspicious, so much so, he even balked at taking the CD from her, which was making her strain, as she continued to hold it up for him. Seeing this, he finally took it. After all, he wasn’t a monster. Just shy, or introspective, to the point of rudeness.

“What’s Radiohead?” He perused the CD’s front and back and couldn’t make heads or tails of its out-there artwork.

After licking and lapping up about seven orgasms worth of pussy juice from Lydia’s scrumptious pussy, Tommy’s big cock was fully formed and firmed again, busting to get out of his boxers, and what better place to put it than right inside the very same pussy hole he’d been drinking from for nearly a half-hour, now. However, as soon as he rose and loosened his long and thick cock, and was about to slide it inside Lydia’s pussy, she squirmed away and giggled.

“No, Tommy, you can fuck me. You can. But, for now, I think maybe we should think about my mom.”

“No. My mom, as you could probably tell earlier, doesn’t care what I do.”

“I mean…” Lydia smiled, giddy with the idea. “When we fuck her.”

“When we fuck her? No if? Or how? Are you that confident?”

Lydia giggled. “One thing about my mom, she loves fucking. And when she saw your nice big cock, it was pretty obvious what she wanted to do to it.”

“Wow.” Tommy thought about it.

“Well, we should say we’re a package deal. If she wants this cock, then she has to want this pussy, too.”

Lydia shrieked with excitement, wrapping her arms around him, and immediately shrinking down to his cock to suck him. “Tommy, don’t come.”

“What do you mean don’t come?” Tommy uttered, running his fingers through her extremely soft and silky hair. Read More

In a near daze, after coming twice in a very short amount of time, not to mention his other orgasm just an hour prior, Tommy was barely hanging on as he sat there in a kitchen chair and lazily watched Lydia and Lydia’s mom Cora tongue-kissing by the stove, as they barely paid attention to the pasta sauce and pasta cooking.

“You know what would go good with this?” Cora said, in between sucks and kisses on her daughter’s juicy lips, more than likely referring to their kissing rather than their pasta.

“What?” Lydia said, in between licks along her mother’s lips.

“But, you know, technically speaking, even though he fucked you a ton, he hasn’t actually fucked Mommy at all yet.”

“I know, Mom. I think he just really wanted to fuck me. Between you and me, I think the poor thing has a crush on me. But, don’t worry, Mom, I’ll make him fuck you. I promise.”

Cora grabbed her daughter’s hand. “But what about feeding him? He’s liable to drop dead.”

“We’ll feed him, after. After he feeds us. A couple more times.” Read More