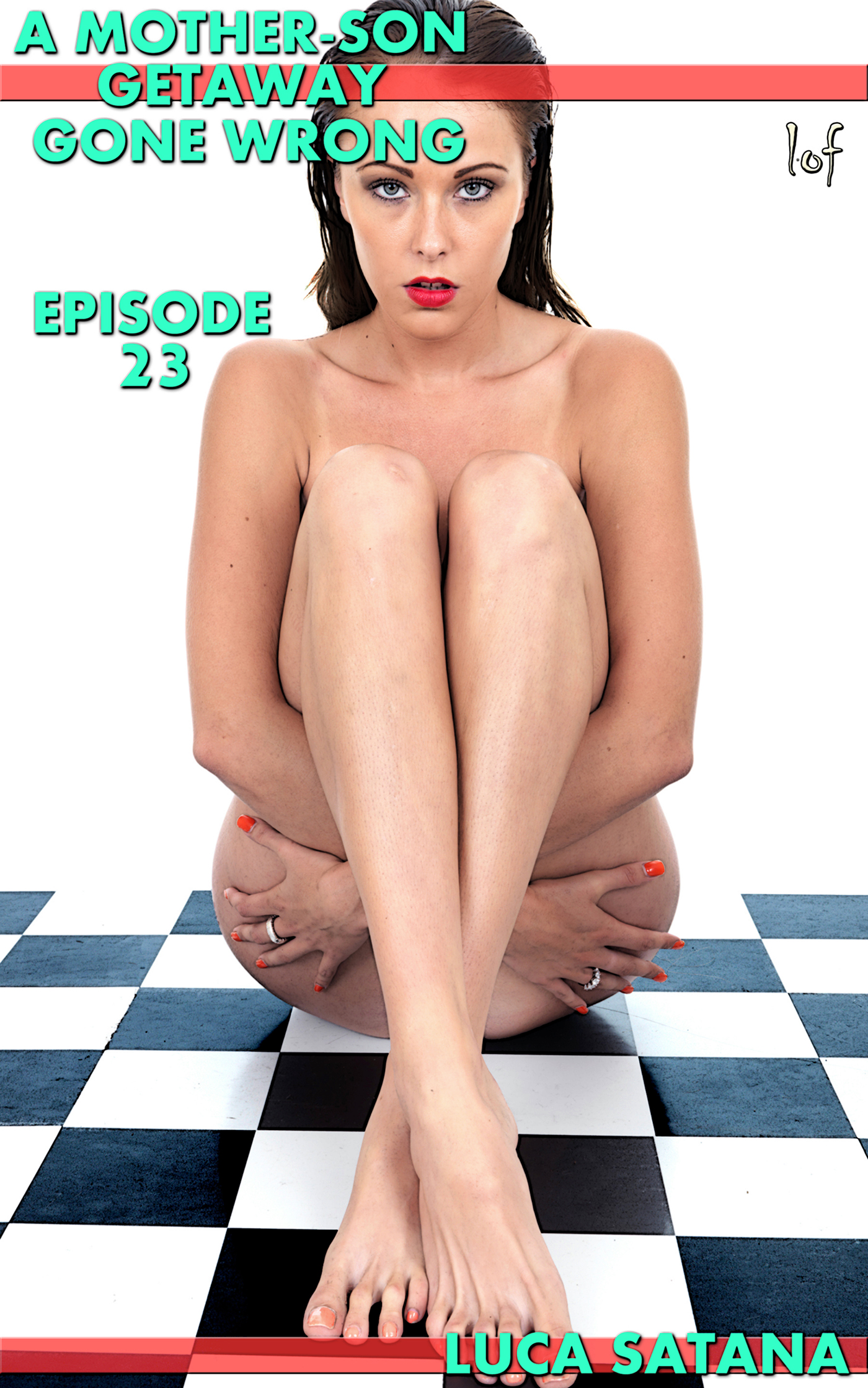 A son rescuing a mother from her troubled marriage is one thing, but having to replace his father’s cock is a mother-son getaway gone wrong.

They drove for hours. They weren’t sure what they were gonna do. Or where they were gonna go. So, they drove up to the White Mountains. There, they found a not so nice, but barely occupied, strip hotel and decided to stay. For how long, neither one knew. All they knew was they were alone. Together. Mother and son. With Eric’s father and Sabrina’s husband finally gone, out of the picture.

It was the afternoon of Eric and Sabrina’s fourth free day, and Eric was currently coming like crazy deep up inside his Aunt Lillian’s very clever pussy, and Sabrina, who just returned from the pool, was smiling ear to ear after seeing her son’s big cock filling this mystery woman’s pussy, inspiring her to start shedding her bathing suit as she hurried over to join them.

Without hesitation, Sabrina extended to slide her fingertips around whoever’s big round hips these were, finding whoever’s bulging clitoris it was, and immediately starting to play her favorite song, and quite mercilessly, just as Sabrina craned her head around to finally see who this mysterious woman, only to realize at that precise second she was none other than her arch-nemesis, her big sister Lillian.

“Lillian!?” Sabrina cried out in bloody murder, immediately forgoing her favorite song in favor of grabbing her sister’s pussy, while, at the same time, trying to avoid harming her son’s big precious cock.

“Sabrina, fuck!” Lillian cried out in bloody mass murder, or at least the murder of her poor pussy, immediately sliding her fingers around her sister’s fingers, trying to get her to let go.