Skip to content Skip to main menu
Home › New Releases › LOF New Release: The Best Shot: Episode 4: Grandma Wants To Give You The Best Shot At Being Her Fountain Of Youth 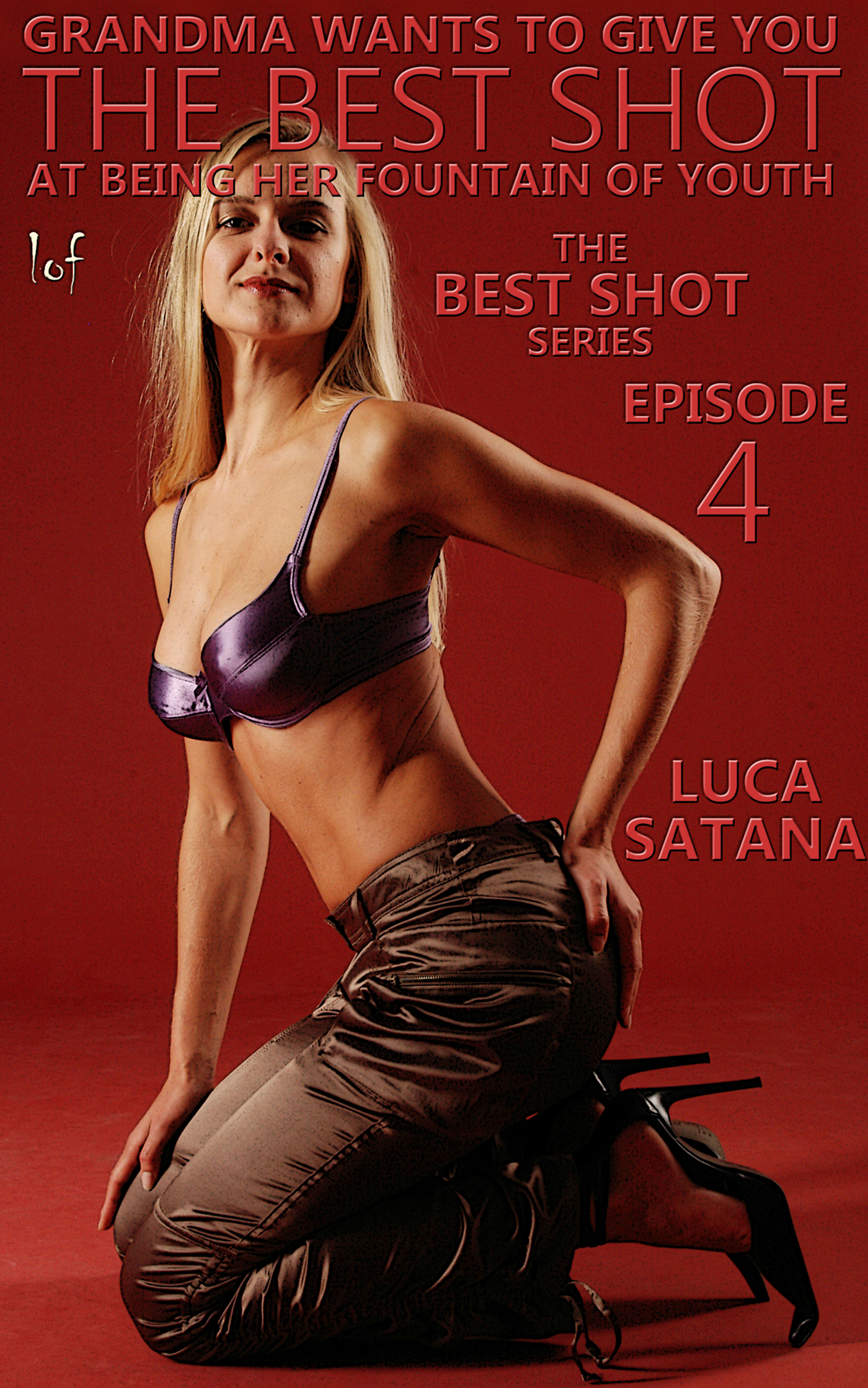 The Best Shot: Episode 4: Grandma Wants To Give You The Best Shot At Being Her Fountain Of Youth by Luca Satana

But what are you supposed to do when your grandma says, “Grandma wants to give you the best shot at being her fountain of youth”?

For a pretty healthy, mostly normal 18-year-old guy, I think everything was going just fine in my life. So, I wasn’t the most sexual person in the world. I had my future to think about. Who had time for things like girls? Sex? Etc.? Little did I know, those were the exact things that would have protected me from what was about to happen in my life. My totally fucked-up, out-there, life.

The rest of the school day went, well, good. Basically, because I was in like some kind of perma-trance. A fugue-state, if you will. Apparently, that’s what happens when you lose all your marbles, twice, in quick succession, in this case all over the inside of my Aunt Beca’s mouth, and subsequently, due to her aversion to swallowing, all over her beautiful brown body. By the end of my trip to the guidance counselor’s office, she looked like a victim of Goldfinger, except, instead of covered in gold, she was covered in bronze. Bronzefinger may not sound as good, but it certainly felt good.

To further analyze this fugue-state, I would guestimate it was made up of 1 part bliss, 1 part dementia, and 2 parts fatigue, as evidenced by the fact that I fell asleep twice in my last class, and further evidenced when school finally let out and I did the zombie-shuffle out to the Dodge, and pretty much collapsed in the driver’s seat, fully expecting to give way to a deep sleep, at least for a little bit anyway – no harm in that.

However, no less than a millisecond, or perhaps a millihour later, hard to say when you’re tiptoeing along the weary and winding line of consciousness, I heard a tap on the passenger’s side window.

I leaned over to peer out and saw my grandma peering right back at me.