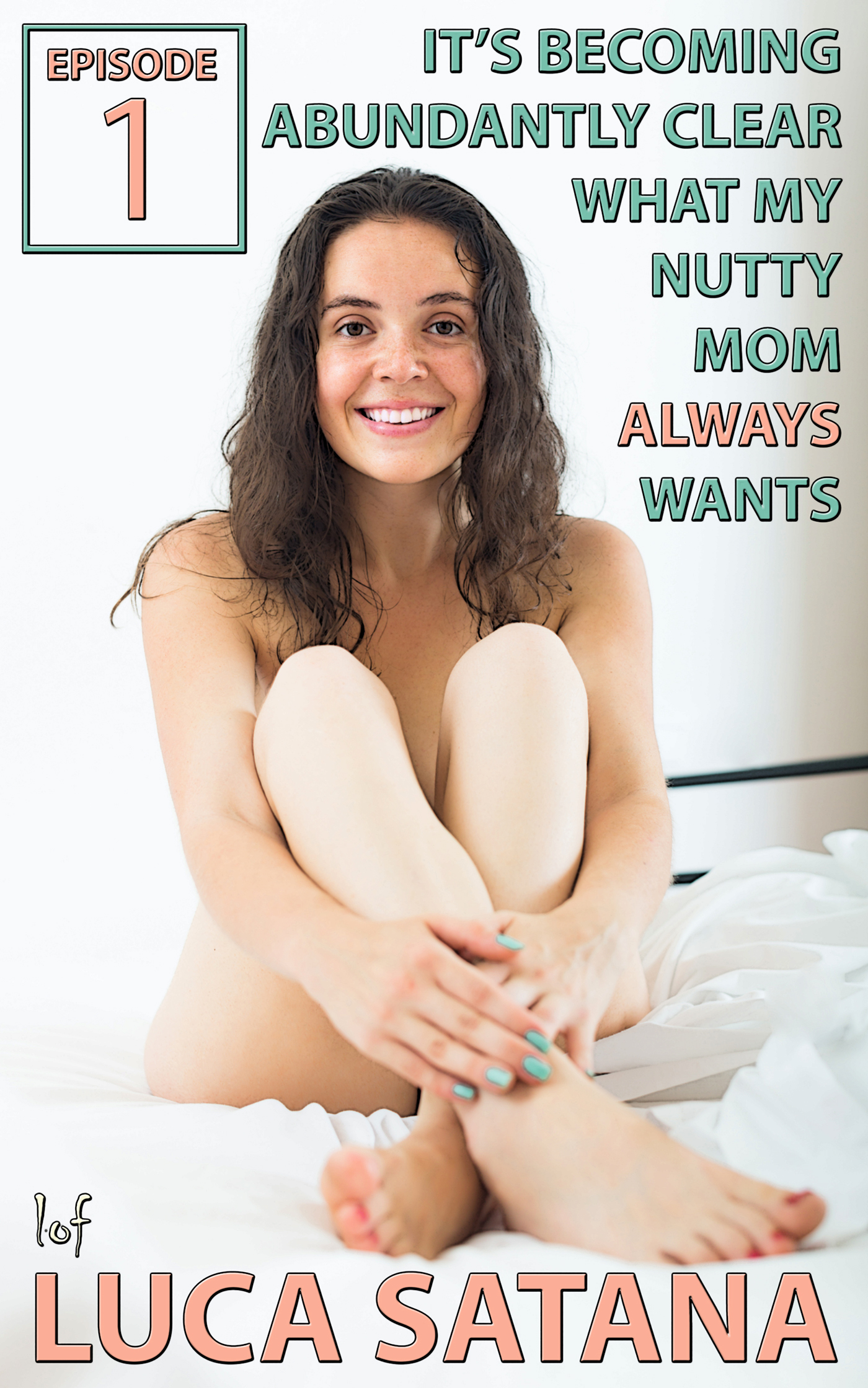 Tonight, Jordan has decided to face his fears. He’s decided to go to his grandma’s room and come clean, about everything. Why he’s been avoiding her for the last several months. And who knows, perhaps she’ll even have a solution. Perhaps something he hasn’t even thought about. Or, perhaps her solution will be to do exactly what he’s been thinking about doing to her, nonstop. Perhaps.

My mom is jarringly normal. And yet, she’s also nutty. Exceedingly. Certifiably. Hopelessly. Nutty. I’m not saying I’m not weird. Because, I am weird. But, my mom is totally out-there nutty. I never knew how nutty my mom truly was until the day I turned 18, and this totally out-there nutty side of my mom was unleashed on me. And, suddenly it became abundantly clear what my nutty mom always wants.

Aunt Sarah’s Answer To Everything: Episode 1 by Luca Satana

Guy Huffman’s world was crumbling around him. In the last year, he lost his job, his wife, and was sinking into full-blown depression. So, on his Aunt Sarah’s invitation, Guy and his daughter moved up to New Hampshire to live with her and her family. In Aunt Sarah’s mind, she had just the thing to bring her nephew out of his depression. Her answer to everything.

(Maybe I Was Wrong When I Said) School Sucks (Or Maybe I Was Really Right): Episode 1 by Byzantine Thomas

The predominately all-female faculty at Florence Nightingale High School have arrived at an almost collectively self-imposed mission to convince one of its new students, a deeply troubled, but particularly gifted, and rather well-endowed young stranger in a strange land, that he was wrong to write his paper: School Sucks, or, as it just so happens, maybe he was really right.

Tall Thin Peter Flynn, who was quite popular among his family members, first for being the only boy in the rather large family, and second for possessing, ever since a child, an abnormally long and skinny johnson, has finally, to everyone’s sheer delight, turned 18! In most families, this would be a joyous affair. For the Flynns, this was going to be downright hardcore.

It’s a zombie apocalypse and there’s nowhere to run! Unless, of course, you’re Eldon Colquitt, a college sophomore, who hasn’t got lucky in over seven years. When the proverbial shit hit the proverbial fan, Eldon had no interest in running. That’s because when the zombie apocalypse went down, Eldon was holed up in a sorority house. And suddenly Eldon got lucky. Very lucky!

After my mom and dad’s divorce, my mom insisted she needed help learning how to date again. Before I could ask my mom to elaborate, my wife volunteered me to help her. I guffawed, thinking it was a bad joke. Not at all. I told myself, why couldn’t I help my mom? However, it wasn’t long before I was telling myself, holy fuck, I think I’m dating my cute-as-a-button irresistible little mom.

Wez Kessler was a good boy. Handsome. Good-natured. A rule-follower. As a teen, he felt alone. Lost. Depressed. As he entered college, he felt back on track again. Then he started hearing voices. A female voice. Giggling. It affected every aspect of his life. Making him hate his life. Lucky for Wez, his entire life was about to change? Lucky for Wez, his every wish was about to come true.