Skip to content Skip to main menu
Home › New Releases › LOF New Release: Moms Who Like To Hang Out A Little More Than They Probably Should: Episode 3 (Melanie And Her Son Jacob) by Luca Satana 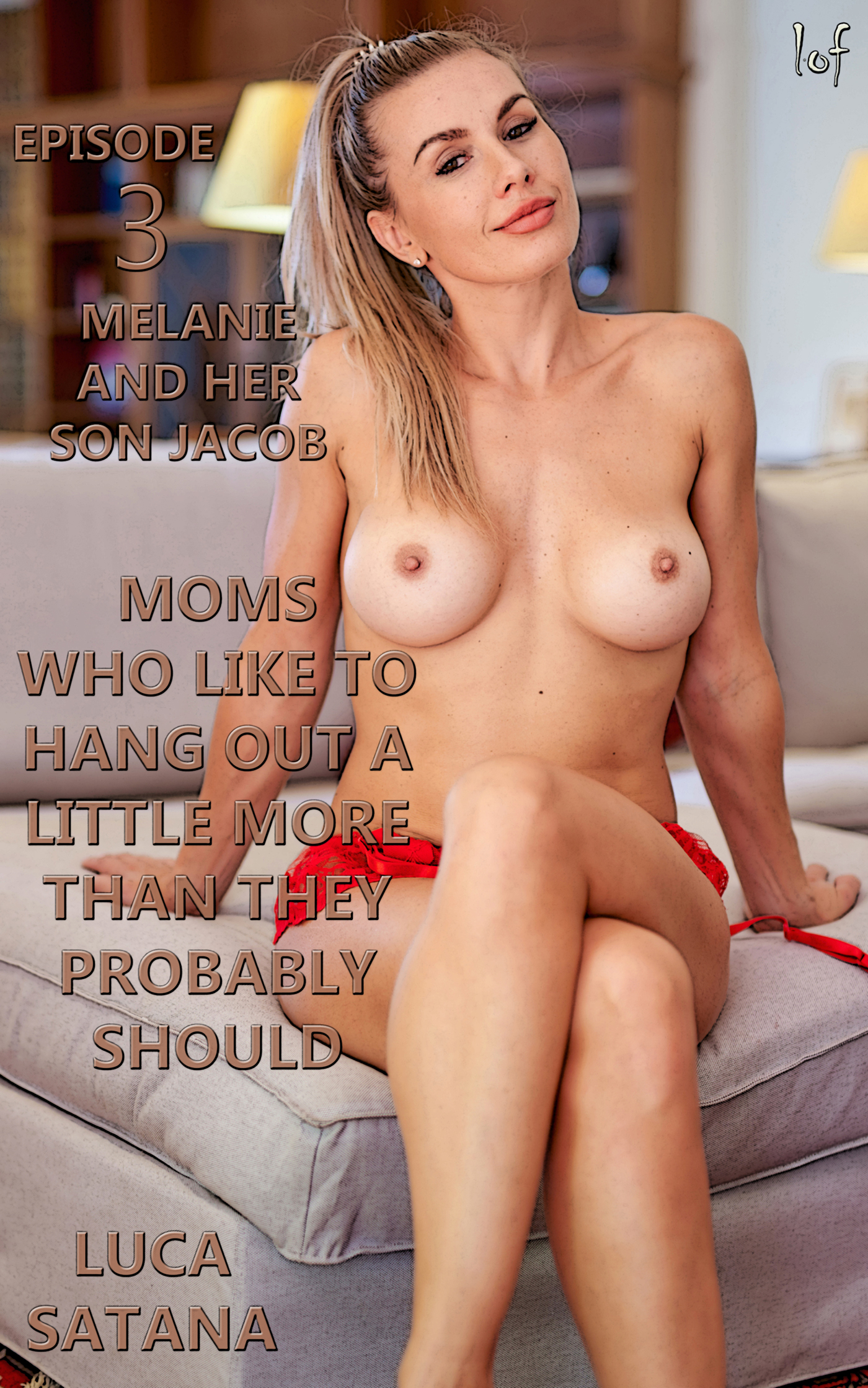 Moms Who Like To Hang Out A Little More Than They Probably Should: Episode 3 (Melanie And Her Son Jacob) by Luca Satana

Empowerment: Good. Moms who like to hang out a little more than they probably should: Bad. As in the case of Melanie and her son Jacob.

A little empowerment is good. But sometimes it can turn a small group of otherwise timid moms fulfilling an elective requirement with a women empowerment course at their local community college into moms who like to hang out a little more than they probably should. In some cases leaving the men in their lives heads absolutely spinning.

18-year-old Jacob was ready. He built the perfect D&D character. A super-fast fighter. With dexterity in the upper stratosphere. Adding to his armor class. Making him almost unhittable. He wasn’t strong though. His character. Or Jacob, for that matter. So, when his character hit anybody, it was likely going to deal next to no damage. But he didn’t care. Damage is overrated. Quickness, now that was the thing. Especially unhittable quickness.

However, as soon as he and his friends walked into the house, and into the living room, where they intended to play, let’s just say their plans went awry.

“Dude, what’s wrong with your mom?” one of Jacob’s friends Kyle said, stunned, or in awe.

Jacob looked up, horrified to find his 41-year-old mom Melanie, who was very beautiful, and very shapely, both in curves and muscle, but always a little too free with her beautiful and shapely body, but never this free, meaning she was wearing absolutely nothing except for an inexplicable little red garter belt, as she sat resting on an ottoman after what appeared to be a rather strenuous workout, judging from the paused exercise DVD on the television.

“Okay. Um. You guys gotta go,” Jacob said, serious as cancer, as he extended his arms out like an NFL tackle, grabbing ahold of his friends and turning and starting them back the way they came in, which was no small feat considering his rather gaunt, most definitely not NFL tackle physique.

“What about gaming?” another one of Jacob’s friends Ian said, totally deflated, and miraculously oblivious to the fact that Jacob’s mom was nearly naked in the living room, as if this was the most normal thing in the world.

“Dude, just tell your mom to put something on so we can game,” yet another, the last one of Jacob’s friends Ethan said, as Jacob continued, undeterred, to usher them the fuck out of his house.