Skip to content Skip to main menu
Home › New Releases › LOF New Release: For The Life Of Her, Mommy Can’t Remember Who Sings “Ain’t No Sunshine”: Episode 1 by Luca Satana 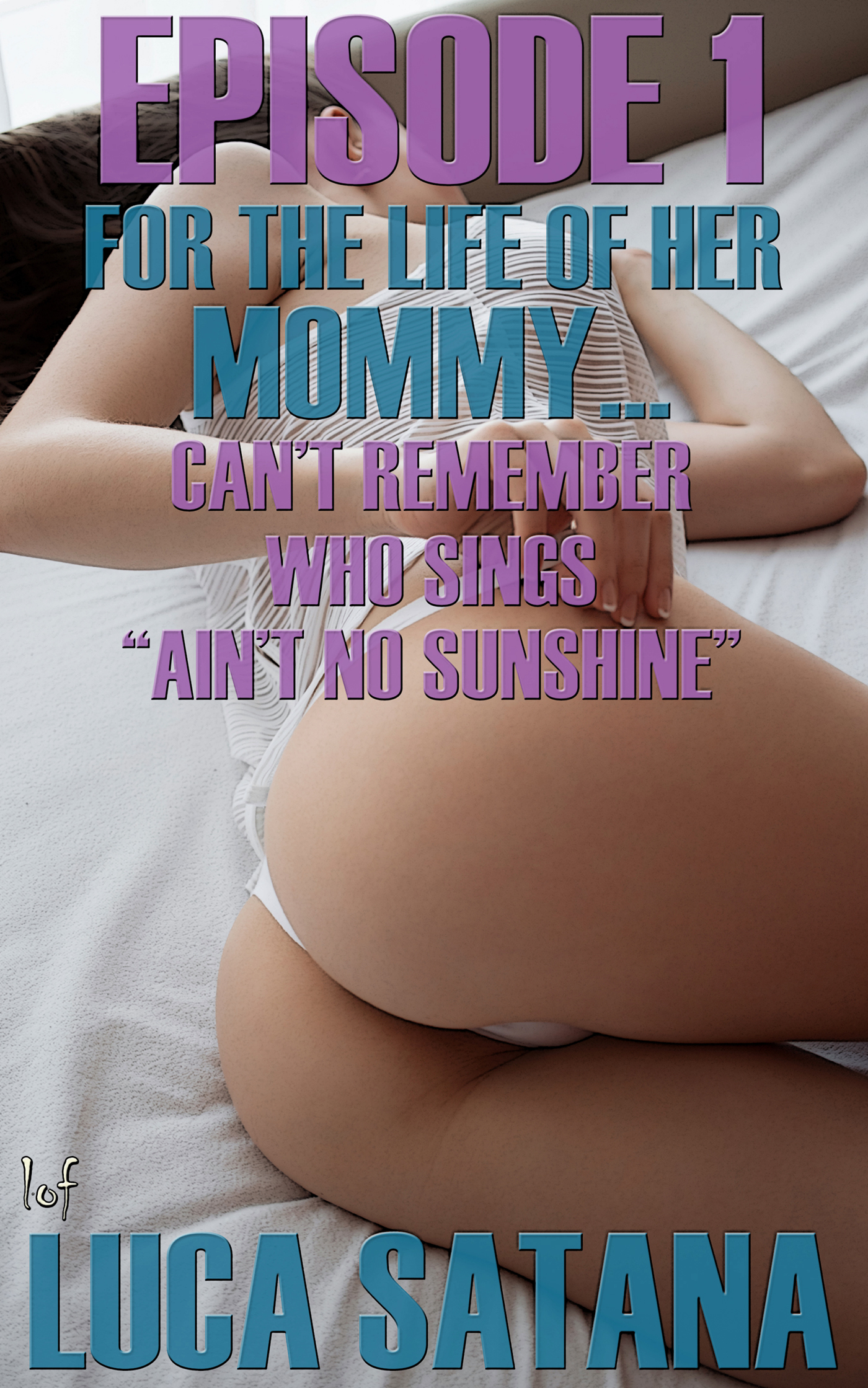 For The Life Of Her, Mommy Can’t Remember Who Sings “Ain’t No Sunshine”: Episode 1 by Luca Satana

When Mommy can’t remember, sometimes the only thing that’ll help her remember is cock, and even rarer occasions sometimes only her son’s cock.

Kerouac, not that Kerouac, but this Kerouac, was in a very peculiar position. Three elements to keep in mind: 1. Kerouac loved his Mom. 2. He knew nothing about sex. 3. He was 18. Little did he know, these three elements would come together to help his mom immensely, in infinite ways, or at least enough that she could remember who sings “Ain’t No Sunshine.”

Kerouac got home from school, and tossed his bookbag on his bed, and right away went looking for his mom. He found her on her bed. She was wearing things that barely covered her bare essentials, like a very skimpy and loose tank-top and panties. She was looking, well, extremely sexy. He hated the fact that she did. But she did. And he wasn’t in the habit of denying simple truths like his mom looking sexy. Because living one’s life like that would be utterly useless, not to mention exhausting.

“I have to go. My man is home,” Sicily said, hanging up her phone and putting it aside.

“Well? Do you feel it?” She sat up a little, causing her big boobs and beaming nipples to nearly escape their loose confines.

“Well, that’s a travesty if Mommy ever heard one.”

“I don’t know. Mommy skipped the whole slumming it as a man and went right to nirvana when she became a woman.” She smiled devilishly.