Skip to content Skip to main menu
Home › Sale › LOF Sale: How I Learned To Stop Worrying And Love My Family: Season 1 (Episode 1-7) by Luca Satana 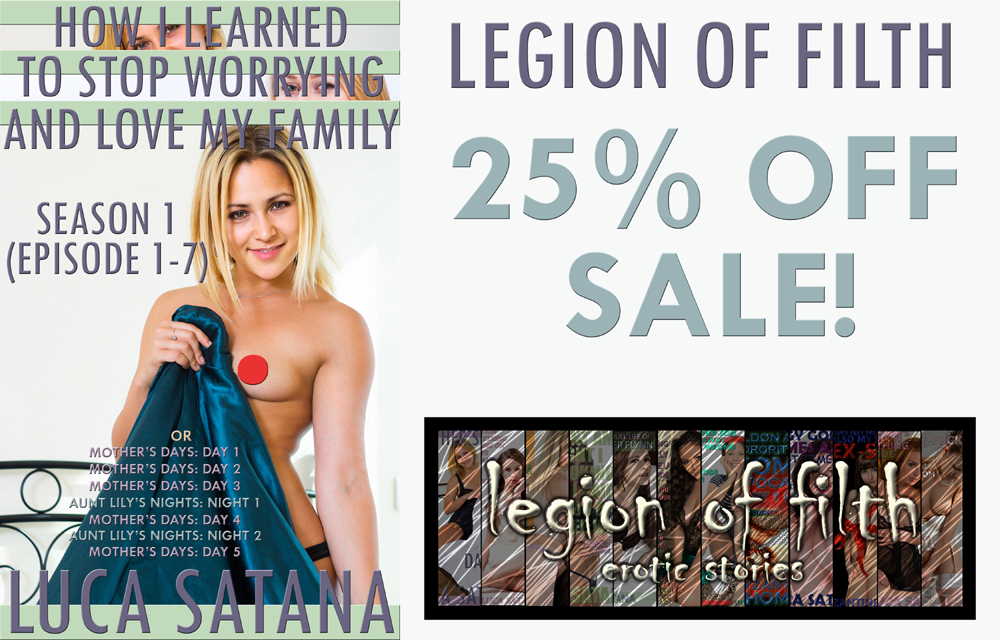 How I Learned To Stop Worrying And Love My Family: Season 1 (Episode 1-7) by Luca Satana

My mom is really cool. A really great woman. But she’s unlucky. My father passed when I was pretty young. Since then, my mom’s been mostly single, with a few losers peppered in here and there. Now, my mom is working nights. Third shift. She likes it. Especially the pay raise. But she can’t sleep. She’s always been a light sleeper, but adding the fact that she needs to sleep during the day isn’t helping her sleep. So, after trying a million things, pills, reading, eating, anything to sleep, she’s now looking to me to help her sleep.

Like my mom, my Aunt Lily is really cool. Maybe even cooler, if it weren’t for her trying so hard all the time. My aunt never married. Well, let’s not say never just yet. Who knows, she might get lucky one of these days. But probably not if she continues to pursue weird-ass fuck-heads on the other side of globe or on some other unattainable plane altogether. To me, my aunt’s warped little love affairs are just a microcosm of what’s wrong with her, which is her inability to see what’s right in front of her, to relax, and accept the world as it is, all around her, namely herself, and her own vivid awesomeness. Instead, my aunt puts herself in this endlessly spinning hamster wheel, ever-striving, reaching, wanting, trying, for the ever-elusive more, which, in the end, usually leaves her alone or just plain lonely. And I guess, that’s where I come in.